Miss the old days of the life size Jessica Rabbit cut-out in the MGM Studios? Well now you can have your very own Roger and Jessica Rabbit wall plaque. This fantastic piece comes from SuspendedAnimationNY, who not only offers this - but many other amazing Disney character pieces as well. Mickey, Minnie, Rapunzel, Tinker Bell, and even Jack Skellington are available as wreaths, trinket boxes, and wall plaques. Take a moment to visit the Etsy page. Custom orders are available, so if you don't see something you like, don't be shy to ask! 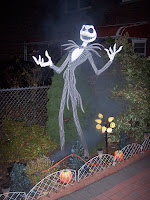 Jessica Rabbit has had her image gracing a lot of merchandise - shirts, posters, mugs, and even journals. Disney Parks put an extra touch for this journal to give it a little more impact. Take a closer look at the Jessica Rabbit Beaded Journal. 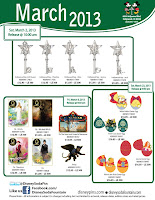 Coming next month from Disney Soda Fountain and Studio Store will be two new Jessica Rabbit pins. First will be the Jessica Rabbit Hollywood Key. It's different than a regular pin as it is fully sculpted metal rather than a flat enamel filled pin. The other is the Jessica Easter Egg pin. The sparkly egg opens up to reveal Jessica inside holding a bunny. Each is an LE of 300, the Key is $12.95 and the Easter Egg is $16.95. 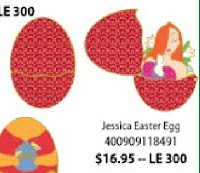 It's obviously confirmed now that the new Calendar Series of pins released at the Disney Soda Fountain and Studio Store will feature only Jessica Rabbit. This will most likely make this whole series THE series to have. It's increasingly difficult to get your hands on the new releases, not to mention surprises releases. The Jessica February Calendar Pin was released on February 19th and sold for $16.95 each and is a limited edition of 300.

There is some extra exciting, extra buzzworthy, extra special news to report today. I have it on good authority from the man himself, Gary K. Wolf, a new Disney/Pixar movie is being discussed called The Stooge, set to star Mickey Mouse - AND ROGER RABBIT! 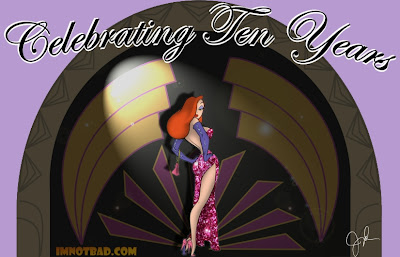 I can't believe it has been Ten Years since I started posting about Jessica Rabbit. In 2003, I began a Jessica Yahoo Group just when her pins were first starting to pop up in the parks. Very soon I was quite busily reporting on all the newest releases and the steady flow of other merchandise like shirts, hats and mugs.

From the artist behind Roger's Moto Works and Car Toon Speedway comes some brand new Jessica Rabbit art, just in time for Valentine's Day - titled Rabbit's Prefer Redheads with Roger and Jessica Rabbit. Disney fine artist, Mike Kungl, has featured both cartoon stars in this new piece, and quite a stunner it is! With his signature bold colors and angular, nostalgic style, he faithfully brings Roger and Jessica to life in his new work.

Released on February 9th is the WDI Valentine's Day 2013 Jessica and Roger Rabbit Pin. It is an LE 250 and was only sold at Disney Cast Member stores for $12.95 each. It features Jessica and Roger Rabbit in a teacup from the Mad Tea Party ride. The background is a dark-pink glitter filled heart, with other colored hearts inside. The teacup is filled with sliver glitter and also has hearts on it. Roger and Jessica sit back and enjoy a spin. Jessica's hair is flowing and she is wearing a Mickey Ears Hat. The backer card is red, with the Imagineering logo, 2013, and Holiday printed in gold foil. 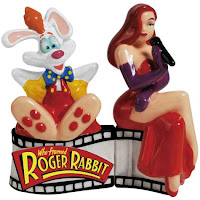 Big news folks! The good people over at Westland Giftware are not going to let the silver anniversary of Who Framed Roger Rabbit pass by. For the first time in a long time, another company has picked up on the funny bunny... and his voluptuous wife. Not only is there a Roger and Jessica Rabbit Salt and Pepper Shaker, click below for an eyeful of the Jessica Rabbit Cookie Jar!

I finally started to try my hand at doll customizing. It's something I've never ever tried before, so I didn't quite know what to expect. It's certainly not easy, but it's a lot of fun. Which two dolls did I use to make these customs, read on to find out!

Here is a small glimpse at the land that never was in the Disney-MGM Studios park. Roger Rabbit's Hollywood was a proposed section of the park, and was all ready to go until plans changed for whatever reason. Here we can see a replica of the Acme warehouse and Maroon Cartoons building doubling as "Maroon Studios" from the description in the photo. We can't tell what this building was going to serve as but it would have been large and served a great purpose if only to bring us that much more into the movie. The other is of concept art for the Roger Rabbit Toontown Trolley ride, which was to be a motion simulation ride much like Star Tours. There were also plans for Baby Herman's Runaway Baby Buggy, another dark-light ride much like Car Toon Spin, that takes you careening through the hospital hallways seen in Tummy Trouble. A Toontown Diner was also planned as the main restaurant.

A recreation of The Terminal Bar where Dolores worked would have been another eatery, and would have connected to the Red Car Trolley, as seen in the film. There's never been any information on how much of a role Jessica Rabbit would have played if this section of the park was created (merchandise, a costumed character, etc) but it has been said that Roger was going to be included in the original gang (Mickey, Minnie, Pluto, Donald and Goofy) and was being pushed to be as famous and recognizable as Goofy. 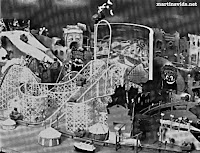 While Roger Rabbit's Hollywood only made it to concept stage, the area it was to be located in was around the newer Sunset Boulevard (the street leading to the Tower of Terror) during its second phase of construction/expansion in the 90's. The Rock 'n' Roller Coaster is roughly one spot the land would have been. A scale model for that area of the park (photo left courtesy MartinsVids.net) shows how invested Disney was with Roger Rabbit. The section was to include what might have been the parks first roller coaster, based on the cartoon short Roller Coaster Rabbit. According to a New York Times article:

Disney's movie division is providing inspiration for a new series of back lot "neighborhoods," rides and restaurants at Disney-MGM Studios in Florida. According to plans for the theme park announced recently, the movie "Who Framed Roger Rabbit?," made by a Disney subsidiary, Touchstone Pictures, will be the source for an area called Roger Rabbit's Hollywood to be built in the mid-1990s.

This will be a kind of Toontown, where-as in the movie-only cartoon characters may live.

While plans for a grand Roger Rabbit Land were unfortunately scrapped, a small Roger Rabbit-themed area was created in Disney-MGM Studios where you could buy merchandise, take photos with standees, and play amongst many props - some of which were from the actual movie. (photo right via 2719 Hyperion)

Aside from some presence in the early days of the Disney-MGM Studios, Roger Rabbit's Car Toon Spin was a ride created in the Toontown area of Disneyland, and there was a Jessica Rabbit Store that briefly existed in Disney World's Pleasure Island.