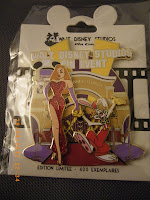 Disneyland Paris had a pin event this past weekend at their Walt Disney Studios, and a special pin for sale features Jessica and Roger! Jessica naturally is plussed with glitter fill for her dress - and it is one of the better Jessica pins we have seen in some time. She and Roger and holding hands and walking the red carpet from Walt Disney Studios in Disneyland Paris. The pins are a Limited Edition of 400 and sell for 32.99€ each. 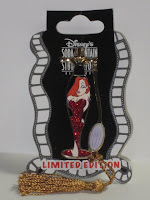 The Perfume Bottle Series Jessica Rabbit pin was released today at the Disney Soda Fountain Studio Store in California. It is a Limited Edition of 300 and sells for $12.95 each. The image of Jessica seems to be one they are reusing a lot - as it is also on the Drawn To Chocolate box, and the Drawn To Coffee mug. The pin features red glitter fill for Jessica's dress with a PVC element and tassel on the atomizer handle.

Disney World and Disneyland were well known for their exciting rides like Pirates of the Caribbean, The Haunted Mansion, and Snow White's Scary Adventure. After the success of Who Framed Roger Rabbit, Disney was naturally interested in bringing all the familiar characters and hijinks to life in a new ride that would entertain everyone. The ride itself proved to be somewhat of a challenge. Car Toon Spin not only broke ground on being one of few modern "dark-light" rides to the Disneyland park, it also was placed in a section inspired by the Roger Rabbit movie - Toontown! Who came up with the concept for the ride? Why was Jessica Rabbit tied up? Was the ride originally supposed to be two stories tall? Find out in this informative interview with ride designer Marcelo Vignali!

ImNotBad:
The Roger Rabbit ride has become a staple to the Disneyland park, so we'd love to get to know more about its designer. What was your first published professional artwork?

Marcelo Vignali:
Thanks for opportunity. My first published artwork? I do believe it was an ink drawing of Cardinal Ratzinger for the National Catholic Register newspaper. I guess both of us were going places -- since he would later become the Pope, I think he faired better than I did.

INB:
What was your reaction to the Who Framed Roger Rabbit movie?

Marcelo:
There was so much to like, but I was disappointed upon seeing adult humor and sexual vulgarity in the film -- especially since it was marketed for kids. It was a mixed message I found distracting. The movie was good enough, it didn't need to stoop to that level. I remember debating my coworkers at DIC Entertainment (a well known television animation studio where I was working in the late 1980s); needless to say I was the odd man out.

It's been a while since we had a new Jessica Rabbit t-shirt available. When it comes to Jessica shirts, the wardrobe selection of the past is always something to remembered. With embroidered button-down shirts, and retro-style tees, if a Jessica shirt came out - it was something worth getting! This time around though, it's not our Jessica who does not deliver, it's the Disney quality.

She's had her own line of chocolate, perfume, jewelry, and nightgowns - but now she has her very own Champagne. Jessica Rabbit's line of Taittinger Champagne is exclusively available on Disney's newest cruise ship, the Fantasy. Cleverly named Ooh La La, it is only being sold on the ships adult lounge of the same name. The Ooh La La Lounge is in the style of a French boudoir and found the perfect match in Jessica for their signature wine. 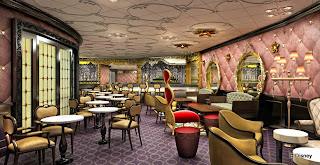 Disney has stated that the wine will only be available for a year - but also there is a strict Limited Edition size of only 3000 bottles. After it is gone, they do not plan on producing any more. The wine will be available on the ship by the glass or by the bottle. Naturally, Jessica would not put her face on just any product! It will sell for $26 a glass, or can be purchased for $118 in the gift shops. 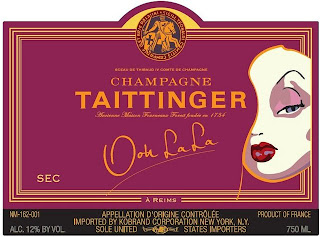 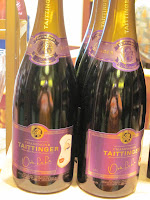 Worth mentioning is that I find it ironic there is no new art for the wine label - in fact the image of Jessica Rabbit is actually the very well known "untooned" version that has been all over the web for a few years now. The image is slightly altered, and the face used was actually that of Angelina Jolie. I'm fairly certain a Disney artist did not make the untooned version - but the wine is also not created by Disney itself anyway. While Jessica Rabbit's name does not appear to be anywhere on the gold and purple label - it is being recognized as The Jessica Rabbit Wine. 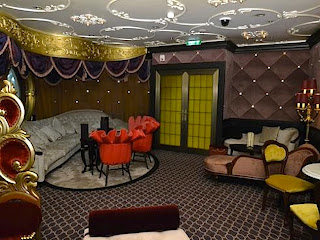 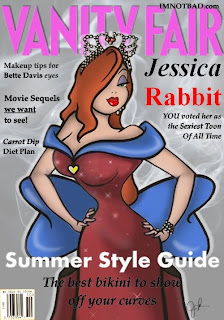