There will be a little face-lift to the site coming soon in celebration of my TEN YEARS working with a Jessica Rabbit website. To learn more about the site history, you can read the About page. Here is a preview of the new background. 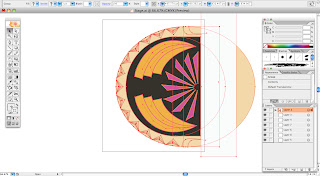 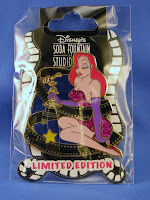 The 2013 Trophy Pin Series was released today at the Disney Soda Fountain and Studio Store. The pins are a limited edition of 300 and sell for $12.95 each. One pin features Jessica Rabbit with a golden statue shaped like Roger Rabbit. Jessica is in front of a blue background, with stars and film strips around her. Her dress is glitter filled.

Jessica Rabbit By The Eclectic Print 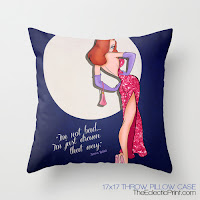 Over at Etsy, Yesie Machado from The Eclectic Print has a generous offering of Jessica Rabbit items - perfect for the fan who wants more of Jessica at an affordable price. Pillow cases, iPhone cases, and art prints are all available with stunning, high-quality images of Jessica Rabbit! There are also various other Disney characters, such as Peter Pan, Jack Skellington, Snow White, The Little Mermaid and more. Timeless home decor, geeky art, and just plain hip - The Eclectic Print also offers characters like Jem, Transformers, Cat in the Hat, and Marilyn Monroe. 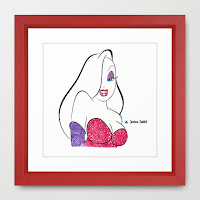 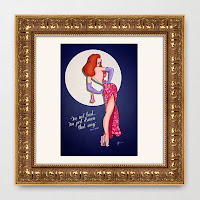 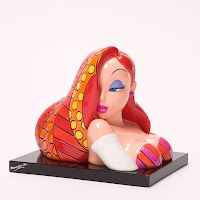 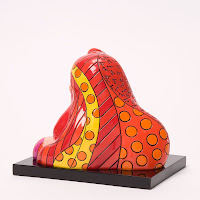 A Jessica Rabbit bust is scheduled for release this summer by Britto. Romero Britto is a neo-pop artist know for his use of bold colors, graffiti style and elements of cubism. It will sell for around $55 and is an open edition piece. Britto often uses the same character design for mugs, key chains and other art - but so far there is no word if Jessica will appear elsewhere in the line. Special thanks to Toontown Antics for the heads up on this bust! 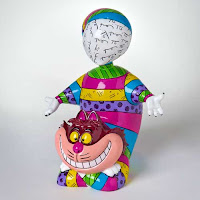 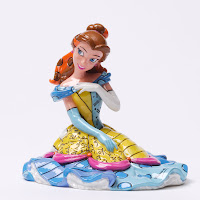 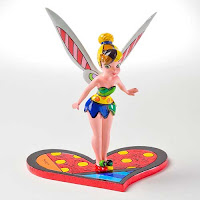 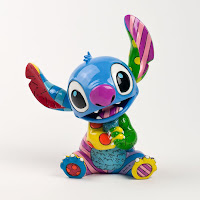 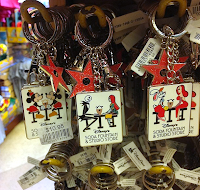 Now available at the Disney Soda Fountain and Studio Store, (no, not pins for a change) The Sweetheart Keychain series. The three keychain couples in the series are Minnie & Mickey, Jack & Sally, and Roger & Jessica. Each couple is on their own separate metal keychain, but all of them come with a pink glittered star which says "Hollywood" at the top, and a Micky icon in the middle. Roger and Jessica Rabbit are lucky enough to have their own keychain - Roger sitting on the left and Jessica on the right - as they share an ice cream soda. The design of the characters is quite different. All of the couples have a sort of retro or "simplified" design about them. There is also a Disney Soda Fountain logo in black at the bottom. They sell for $10.95 each. 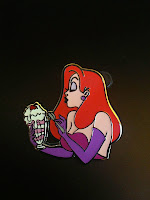 A new pin was released today at the Disney Soda Fountain and Studio Store - Jessica Rabbit Sundae Pin Traders Delight. The pin is a Limited Edition of 300 and was a free gift when you ordered a Pin Trader's Delight Sundae. The pin is a half shot of Jessica enjoying a huge ice cream sundae, complete with a cherry on top.


There is rumor of a huge Jessica Rabbit pin release coming soon. The Walt Disney Imagineering (WDI) series continues and will see another release of pins to continue the line where Jessica Rabbit is wearing different uniforms from the Disney California Adventure Park. Unfortunately, being pins for Cast Members only, they aren't available to the general public and can only be traded for or purchased on eBay at triple the price for the sets. The series is now becoming highly sought after, with each design being a limited edition of only 150. There is also rumor that the series will branch out to Jessica Rabbit in Disneyland Park uniforms as well.

Head on over to Sideshow Collectibles website for your last chance to own the Regular Edition Jessica Rabbit Premium Format Figure - now down to the last few pieces left in stock! The regular edition Jessica Rabbit Premium Format is limited to 1500 and had gone on back order some months ago. An email was sent out by Sideshow that the last few remain. If you didn't get one - don't miss out!

Take a ride down Hollywood Blvd with the newest release in the Studios Ink and Paint Collection with Jessica and Roger Rabbit! In the new limited edition of 1000 cel, Hop In, Jessica!, Jessica Rabbit has been hand painted by the talented Studios Ink and Paint team. This release came as a complete surprise, and is the first new Jessica animation cel to be available in over 20 years. The price was a higher-end tag, and the cel came with a few extras. Does this Jessica Rabbit piece live up to expectations? Find Out! 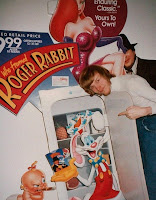 From the collection of Alain Dion comes the biggest Who Framed Roger Rabbit merchandise lot to be put up for sale. You may have seen his videos on YouTube, where he was interviewed years ago on his love of all things Roger. The time has come that he is looking for a buyer, with one small detail. He is looking for a local buyer in his area. So, if you live in Canada, and happen to be a die-hard Roger Rabbit fanatic, this might be your lucky day.

The Road To Toontown eBook

Can't wait for the next Roger Rabbit novel? Need something to hold you over until then?! The Road To Toontown! by Gary K. Wolf includes a bunch of zany short stories which bring the beloved cartoon characters to life. Before the stories, he shares some insight on how he got the ideas for Roger & Jessica, and everything that leads up to writing Who Censored Roger Rabbit. After that, it's a deep delve into the world cartoons are made of... or the world made of cartoons?

Which famous human actors were really crossover toons (like Judge Doom was)? What holds Jessica Rabbit's dress up? How else did Roger and Jessica become wealthy besides the movie? You'll find out all of that and more in Here's Lookin' At You Babs, an in-depth "interview" of Roger Rabbit by Barbara Walters.

For Jessica Rabbit fans, there's definitely no disappointments. Jessica not only has her own story, but it is written by her (with a little help from Gary Wolf, naturally.) Jessica had been the top diva in the business, until three new girls stole the spotlight. Who could they possibly be? The original actresses from the TV show Charmed. That's right - Shannen Doherty, Holly Combs and Alyssa Milano. Jessica is working as a journalist and is out to get the skinny on the bewitching beauties in Which Witch Is Which. What is Jessica's middle name? Which lingerie does Jessica wear? What's her opinion of these girls? How do Oprah and Maleficent fit into all of this?

Now available for a very limited time, you can get your own Yaya Han as Jessica Rabbit poster! They are $15 dollars each, signed by Yaya herself, and are a full 11 x 17. They are only available until January 12th. Don't wait - ORDER NOW!

You can also order posters of her as various other characters through her website.

Get Jessica Rabbit News In Your Email 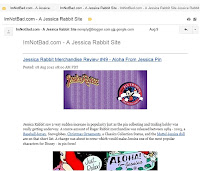 2013 might be a promising year for Jessica fans with a NEW Roger Rabbit novel, the 25th Anniversary of the film, and my 10 year Anniversary for bringing you Jessica Rabbit news via the web. If you don't want to miss a single post, be sure to sign up for an email subscription to get all the info from ImNotBad.com! Enter your email in the box to the right, click submit, and follow the prompts. You can also follow all site activities via Twitter. 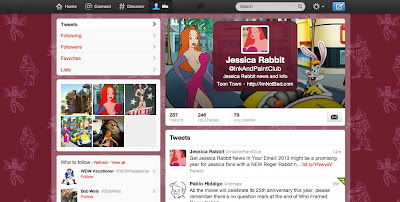