The infamous deleted Pig-Head scene is the topic of the second Movie Moment Monday, and there was a lot more too it than what you saw on the DVD. Above you can see two stills from The Making of Who Framed Roger Rabbit special, showing a few seconds of Eddie Valiant actually snooping around Jessica's dressing room. It appears the deleted scene (found on the Special Edition and Blu Ray DVD) was to be a little longer and in-depth.

On the DVD version of this deleted scene - called the Pig Head Scene, after Eddie leaves Roger at Dolores' bar, he breaks into Jessica's dressing room through a window in an attempt to find Acme's will. As he is climbing inside, he falls - and is quickly beat up as he is on ground. We can't see by who, but we presume from hearing the patter of feet it was the weasels. Eddie gains his composure to give chase, but is stopped by Bongo the Gorilla who delivers a punch. When Eddie wakes up, he is facing Judge Doom, Bongo and then Jessica! Doom sarcasticaly scolds Eddie for searching through a woman's dressing room and asks why he was in there. Jessica, seated on a couch across from Eddie, quips, "Last week some heavy breather wanted one of my nylons as a souvenir." As she is talking she runs her hands up the length of her leg (the one not on the side with the slit in her dress) and exposes her thigh, snapping her garter strap. 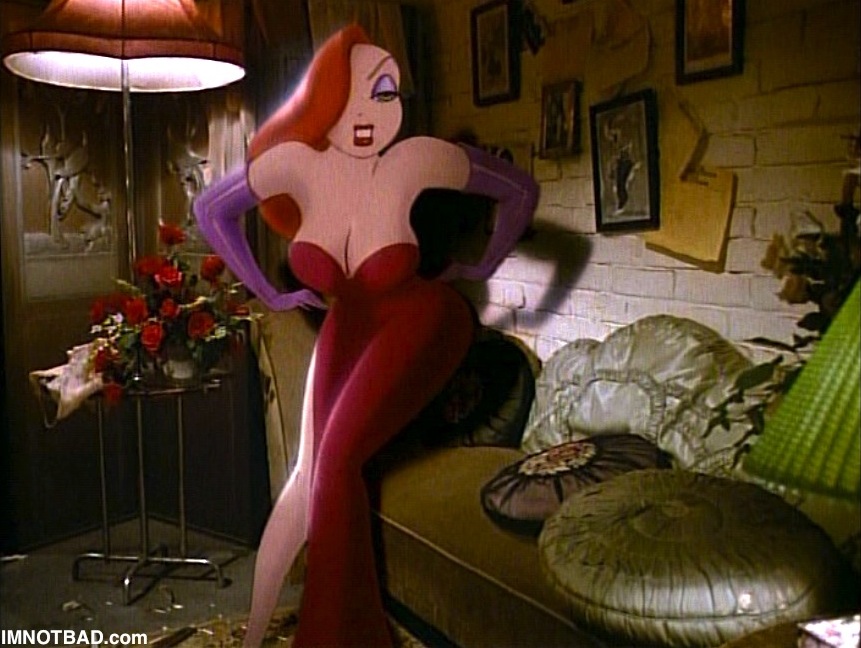 At this point Eddie becomes agitated and a small argument ensues, "Look, doll, If I'd have wanted underwear I'd have broken into Fredericks of Hollywood. You know damn well I was looking for Marvin Acme's will." A seemingly confused Judge Doom reminds Eddie the Acme estate was in his jurisdiction and there is no will to be found. "Oh, there was a will alright, and she and R. K. Maroon killed him for it." "That's absurd!" yells Jessica, who stands up and slaps her hands on her hips. This part of the movie was an unfortunate deletion. Unlike some reports have stated (the scene was cut to reduce the overly-curvy Jessica's screen time) it was taken out because it was believed it slowed down the pacing of the movie, and was a little too long. This is a key scene in making Jessica look very guilty of framing her husband. 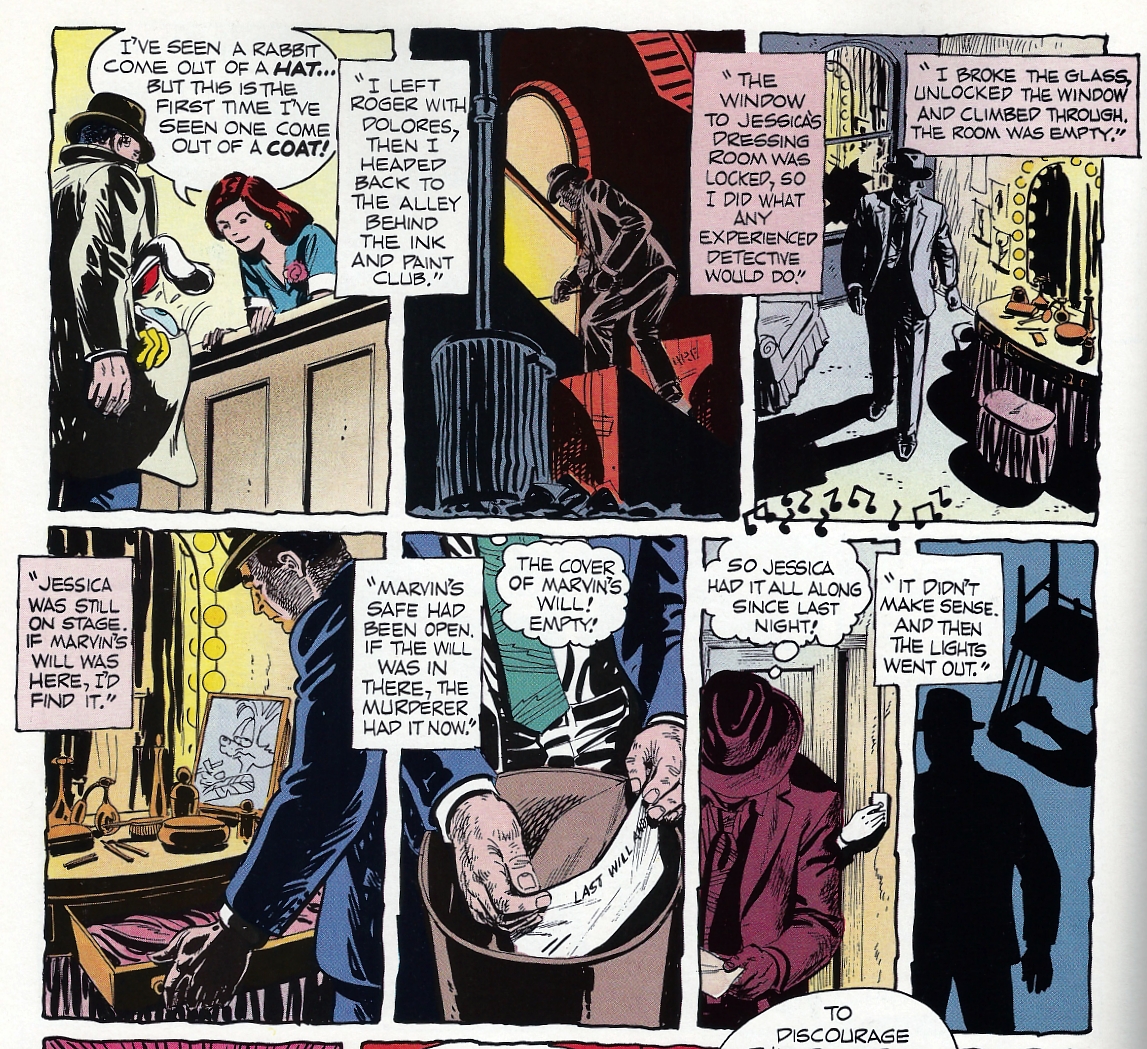 There is actually even more to the scene than the following Pig Head on Eddie. In the graphic novel you can see a bit more of what happened - Eddie really snooping around Jessica's dressing room. He does not fall in the window - as seen on the DVD. He does a little looking through Jessica's things, and finds the envelope to Acme's will in Jessica's trash can. The movie stills at the very top of the post show that this scene was definitely filmed - but for some reason, was trimmed out of the deleted scene on the DVD's. It's at this point Eddie appears to hear a noise, gabs his flashlight, get's hit with a chair (which can bee seen broken on the floor next to Jessica) and then gets beat up by the weasels. We can see the lit flashlight in the DVD scene, but notice when Valiant is breaking into the dressing room, he is not holding it at that point.

After Eddie's confrontation with Jessica, Doom decides Eddie must pay for his crime - by being brought to Toontown. Eddie screams and his hauled off by the Toon Patrol through the tunnel. We don't go in Toontown yet, but we are treated to some comical animation of the Toontown sky transitioning from night to morning. Eddie is tossed out the tunnel by the Weasels, who run off holding paint brushes. When Eddie pulls the large bag off his head, it's revealed that - somehow - the Weasels have painted a large pig head right onto Eddie. Eddie takes off into the street screaming. In the DVD the scene cuts to Eddie in the shower removing the pig head - but in the movie trailer there was still more to that scene. Eddie runs into his office, looks into a mirror (which we later see Jessica using) and at that point goes into the bathroom. When he emerges, Jessica is standing there, now making a bit more sense to the context of the film - and will be the next Movie Moment Monday. 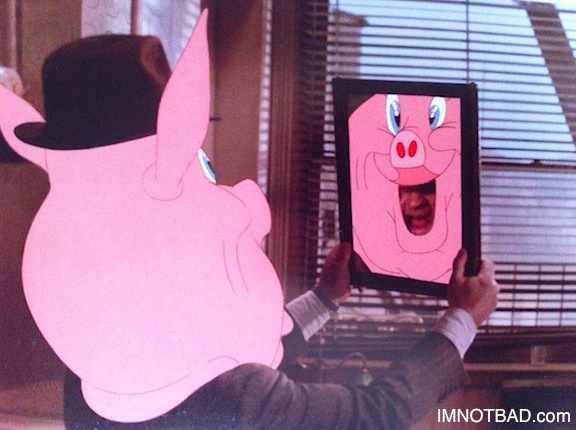