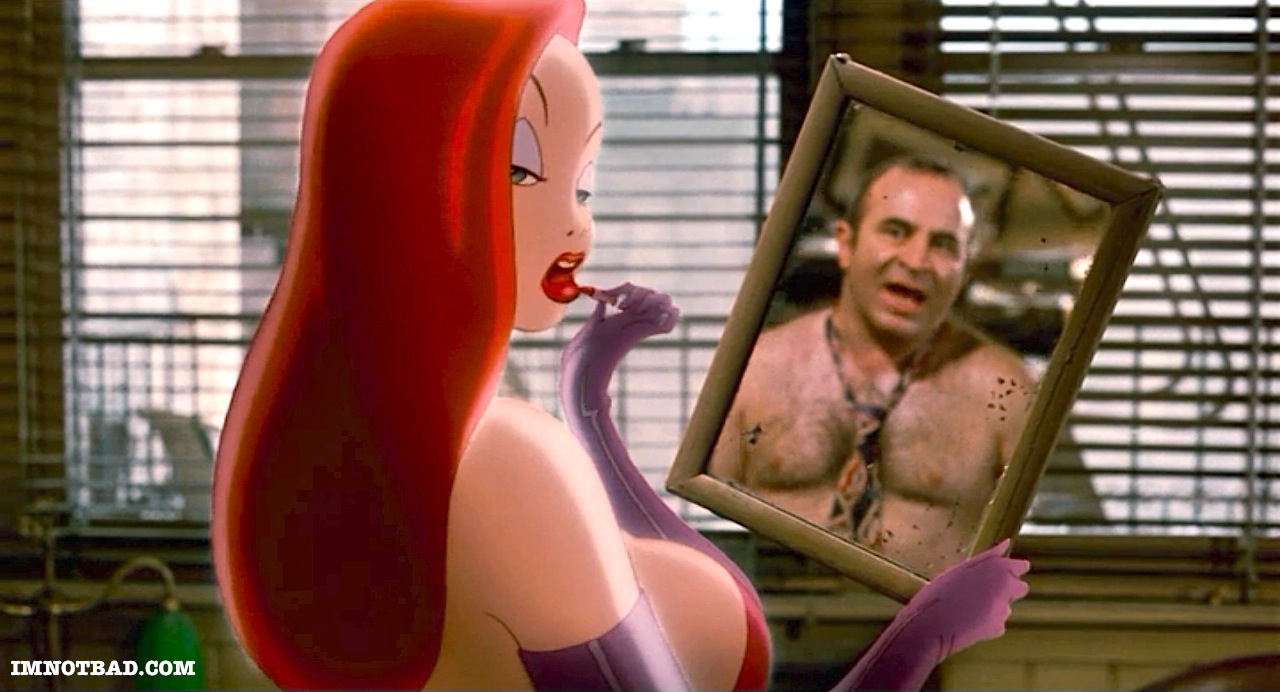 Jessica's screen time with Eddie Valiant is the third Movie Moment Monday, and as you will see was also to be a little different than what ended up in the film. After the deleted Pig Head Scene, Jessica confronts Eddie - realizing how guilty she appears. Eddie doesn't trust her and suspects she is involved in framing her husband. It's in this scene that the famous line is delivered by Jessica Rabbit: "I'm not bad. I'm just drawn that way." 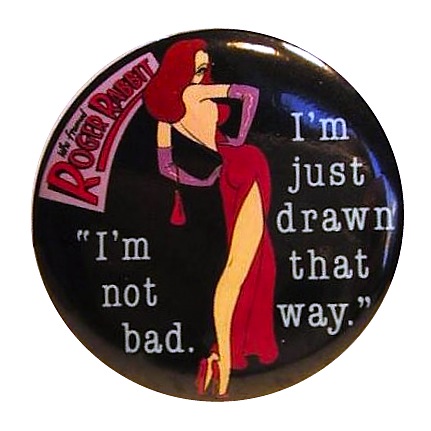 This line went on to be printed on shirts, buttons, pins, posters and is certainly one of the most famous quotes in movie history. Jessica has to part ways with Eddie when his girlfriend Dolores walks in. Jessica pleads for his help one last time and blows Eddie a kiss - literally. When she touches her hand to her mouth and then blows, a fluttering pair of lips smak-land on Eddie's face like a rabid butterfly. According to David Russell, who worked for Amblin at the time the movie was in pre-production, Jessica's scene with Eddie was supposed to be a little different. He shared a lot of movie details in his Exclusive Interview to this site:

David Russell:
Certain scenes were either planned or shot, then cut for budget or editing reasons. The scene [below] was Eddie's office encounter with Jessica. She was originally intended to be taking a bath when he arrives--but it seems Disney decided that was just way too hot! 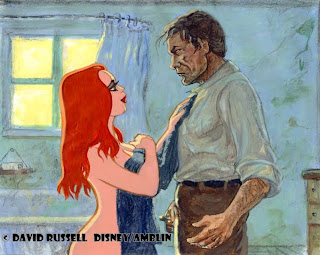 Later on in the film, Eddie spots Jessica fleeing the scene of of R.K. Maroon's murder - further adding to his suspicions of her. On top of that, Roger, who was with him at the time, is now missing. The audience happens to know exactly where he is. Jessica smacked Roger over the head with a frying pan and threw him in the trunk of her car, now leaving the audience to suspect her even more. 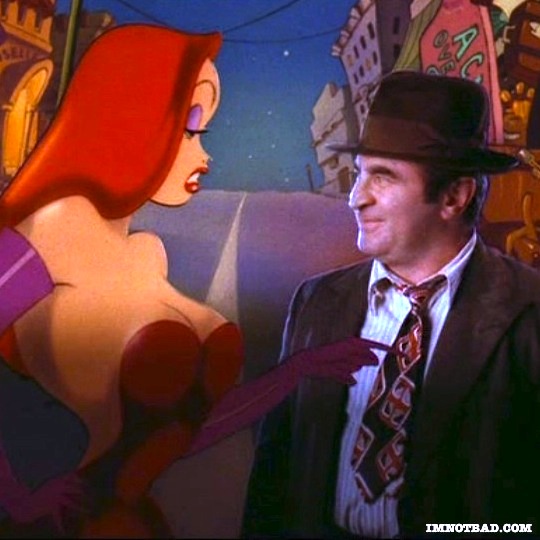 When Eddie musters up the courage to face Toontown, he is cornered by Jessica, who actually saves him from Judge Doom. Their relationship changes when Eddie realizes he can trust Jessica, and the two set out with Benny the Cab to find Roger. The screen time with Eddie and Jessica is a good portion of the movie - just as his time with Roger. The movie tagline was "It's the story of a man, a woman and a rabbit in a triangle of trouble." The tagline wasn't used very much except for the original movie poster, but after that, we didn't see much of it anywhere. The movie banner put this tagline to use, using the shadows of Eddie, Jessica and Roger with the title of the film.

With the deletion of the Pig Head Scene, some of Jessica's important material was cut out. The movie poster was very different from other styles of the 1980's but there are a lot of concepts that show how important Jessica was to the plot when adding her along with Roger and Eddie. So, while her relationship to Eddie had one scene on the chopping block - her relationship with her husband was certainly more important, and one we got to see so very briefly. 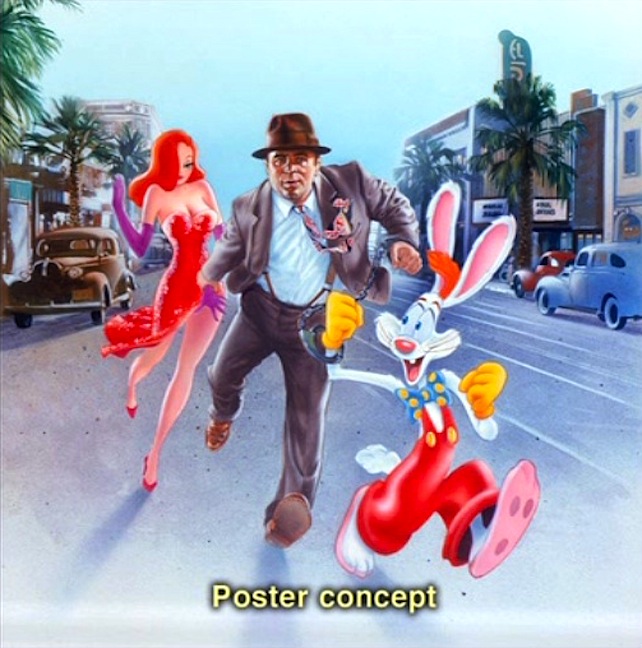