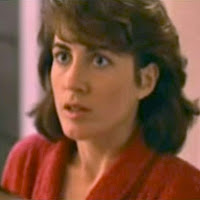 The task of bringing Jessica Rabbit to life was not an easy one. Animators went through several different design variations before they hit upon the final look that ended up on screen. It also took more than one woman to fill her shoes with speaking lines, singing and a stand-in. While we know the speaking voice was famously delivered by Kathleen Turner, and the singing voice from the Ink and Paint club beautifully crooned by Amy Irving, there is little said about the actress who stood in place FOR Jessica during rehearsals and scene preparations, Betsy Brantley. Let's find out more about who she is and how she helped create Jessica Rabbit... 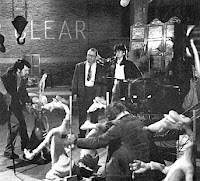 The life of a stand-in might not seem to be an exciting one. They are what their title states, they "stand-in" for an actor or actress for the purpose of lighting, scene blocking and dialog delivery. Their work does't end up on screen, so they don't receive any praise for what they do. In actuality, they play an important part to the filmmaking process, as all the components needed for the scene is what they help to build. From the complex, to the most minimal, they stand in place of the actor so the director and crew know they have the precise set-up they need before calling in the stars of the show. (Photo via Animator Mag)

Betsy Brantley studied acting in the UK which may have led to her help as stand-in for Jessica since Who Framed Roger Rabbit was filmed in London. She has also worked with such people as Sean Connery, Pierce Brosnan and Richard O'Brien. While some might remember her brief on-screen appearance as "the mom" in The Princess Bride, she did also feature in several TV shows and in cameo roles. While it might seem that her role as a stand-in would then be downgrading her work, director Robert Zemeckis has said real actors were hired as stand-in's for the purpose of making this project work. This film was going to be serious business, and because it was going to be so technologically complex, they needed all roles to be played out with professionalism.

The photos above show the scene from the climactic ending of Who Framed Roger Rabbit. Betsy Brantley appears on the right in both photos working as Jessica Rabbit's stand in (credited as Jessica's Performance Model). She can be seen on the Special Edition DVD delivering some lines from the script, and almost sounding a little similar to the Jessica we know. While Roger, Baby Herman and The Weasels had giant rubber dolls to serve as stand-in, Jessica's design was always going to be that of a shapely, human woman - Betsy Brantley as the stand-in could interact and react with much more believability and get real reactions from the human co-stars.

While she did serve as a stand-in for Jessica, it's important to know that Jessica Rabbit was not painted on top of Betsy Brantley. She would rehearse the scenes with the other actors, and it was recorded for blocking, lighting and movements - but the final scene that was shot and intended for the screen was filmed without her in it. This means her co-stars had to remember where she was standing, where their eyes looked or how she was reacting and repeat the performance with Betsy out of the shot. The animators specifically made Jessica's body proportions impossible for a human to have so they could NOT be accused of painting over a real person. That would have lost the illusion she was a real cartoon character. Painting over a human has been done for several cartoons and is called rotoscoping. It's different than using a live action reference where the artist uses the live action footage only as inspiration, not to trace over.

While the most complex scene was The Ink and Paint Club, it's unknown if Betsy Brantley was the stand-in (above) for the rehearsal and life drawing class. However, the same technique was used for all of Jessica's scenes, the stand-in would perform so the actors knew where to look, and when the scene was filmed she was not in the shot. This required the actors to remember where the Jessica stan-in had been walking at certain points of the song so that when animators added her in, everyone was looking in the right direction.

Many people have been interviewed for their work on Who Framed Roger Rabbit, except Betsy Brantley. It's a shame that she's never been asked, as she is surely holding on to many secrets of Toontown, and her role in bringing Jessica Rabbit to life. (Photo via Mickey Mindset)

Who Framed Roger Rabbit is certainly in need of a Diamond Edition Blu-Ray DVD release, as there is so much footage, deleted scenes, artwork and concepts we haven't seen. Somewhere there exists a full cut of the film with Roger as a rubber doll and Jessica played by Betsy Brantley. It would be very intriguing to fans, animation enthusiasts and film buffs to really see how much work went into this movie.