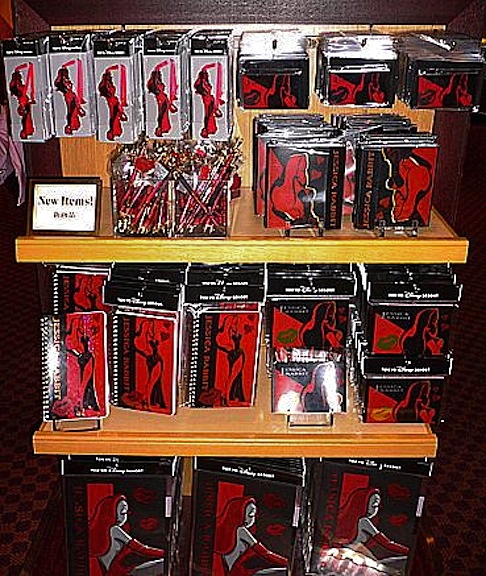 It's the stuff Jessica Rabbit Dreams are made of to see a display like this in any Disney park. Jessica had quite a run during 2006-2007 in the US, Paris and also Tokyo. A wide variety of Jessica Rabbit merchandise was released in Tokyo Disneyland at that time, such as notepads, folders, pens, pencils, business card holders and metal bookmarks. This lot is very hard to find now, but was the first of it's kind in a very long time. Not since the release of Who Framed Roger Rabbit in 1988 and the days of the Jessica Rabbit store has there been as big of a display of her merchandise all together, especially pens and paper.

The selection was quite interesting, with most of the merchandise printed with or on a shiny material. There were also glitter filled elements such as the hanging charms on the metal bookmark, pens and mechanical pencils. Though the art is of familiar poses, all of it looks to be re-drawn or updated, giving us some slightly new art of her. 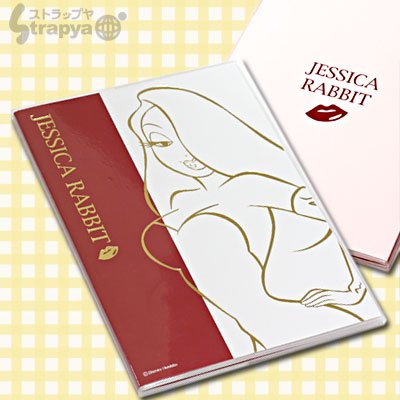 Take Jessica Rabbit on the go - to keep track of your most important dates and affairs. In 2010 the Strapya company in Japan released a series of calendar datebooks with characters like Alice in Wonderland, Chip and Dale, and Jessica Rabbit. She was certainly an interesting selection to mix in with those other characters, but definitely had a market. It appears there might have been two different variations in design, one with Jessica's famous over-the-shoulder look and the second one being a close-up. Though both images are of poses we have seen before, much like the Tokyo Disneyland artwork, it looks like the art has been refreshed and updated a little. None of these Jessica datebooks have ever shown up on the second hand market, so it's hard to know if they were ever even released. 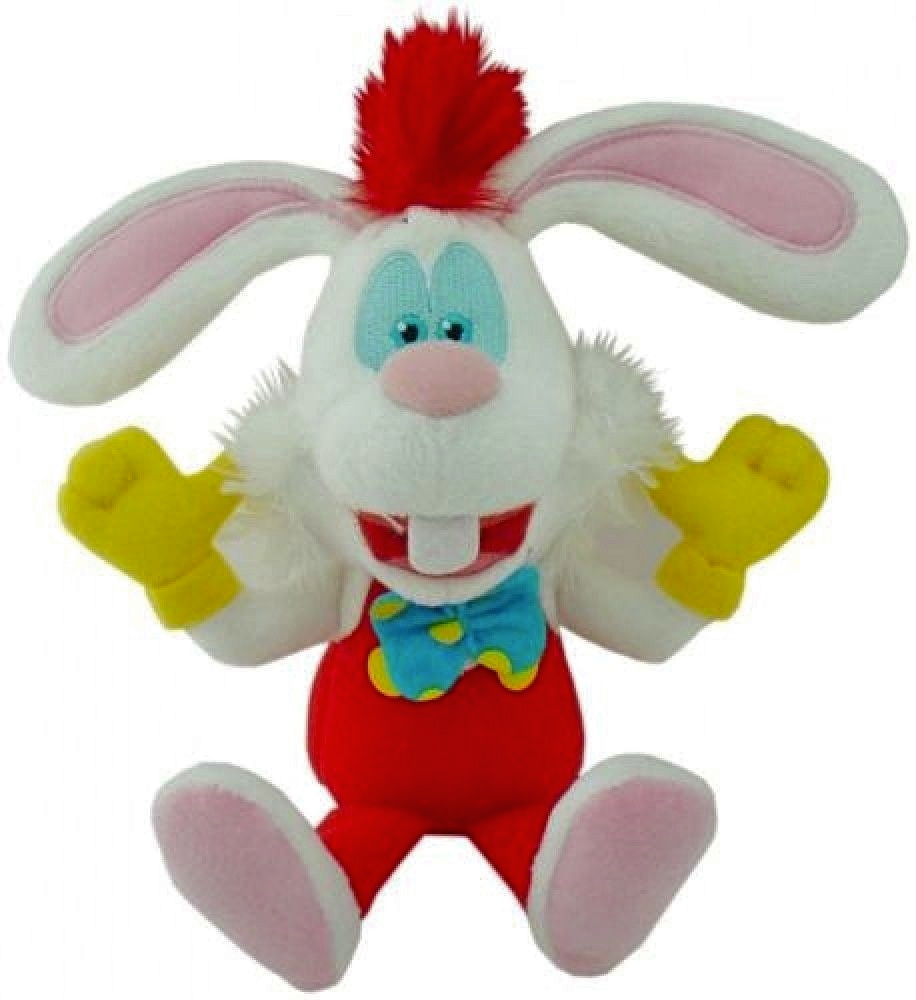 The last two items are of Benny the Cab's cousin, Lenny - and Roger himself! Roger Rabbit had not gotten as much love as Jessica in the merchandising department for a long time. Takara Tomy released a series of Beans dolls with an array of different Disney characters, which included Roger. There has not been a plush Roger doll in the US for some time. The last one before this was from Disneyland Paris which featured Roger covered in Jessica's kiss marks. The Lenny the Cab toy is made by Tomica and is an exact replica of the Car Toon Spin ride vehicle. It has actual wheels that work on the bottom, and the details all match those exactly from the ride - right down to the "Lenny" license plate. Both were released in 2013 and pop up on eBay occasionally. This is all a great grouping of merchandise for Who Framed Roger Rabbit - and is something we need to see more of in the US. 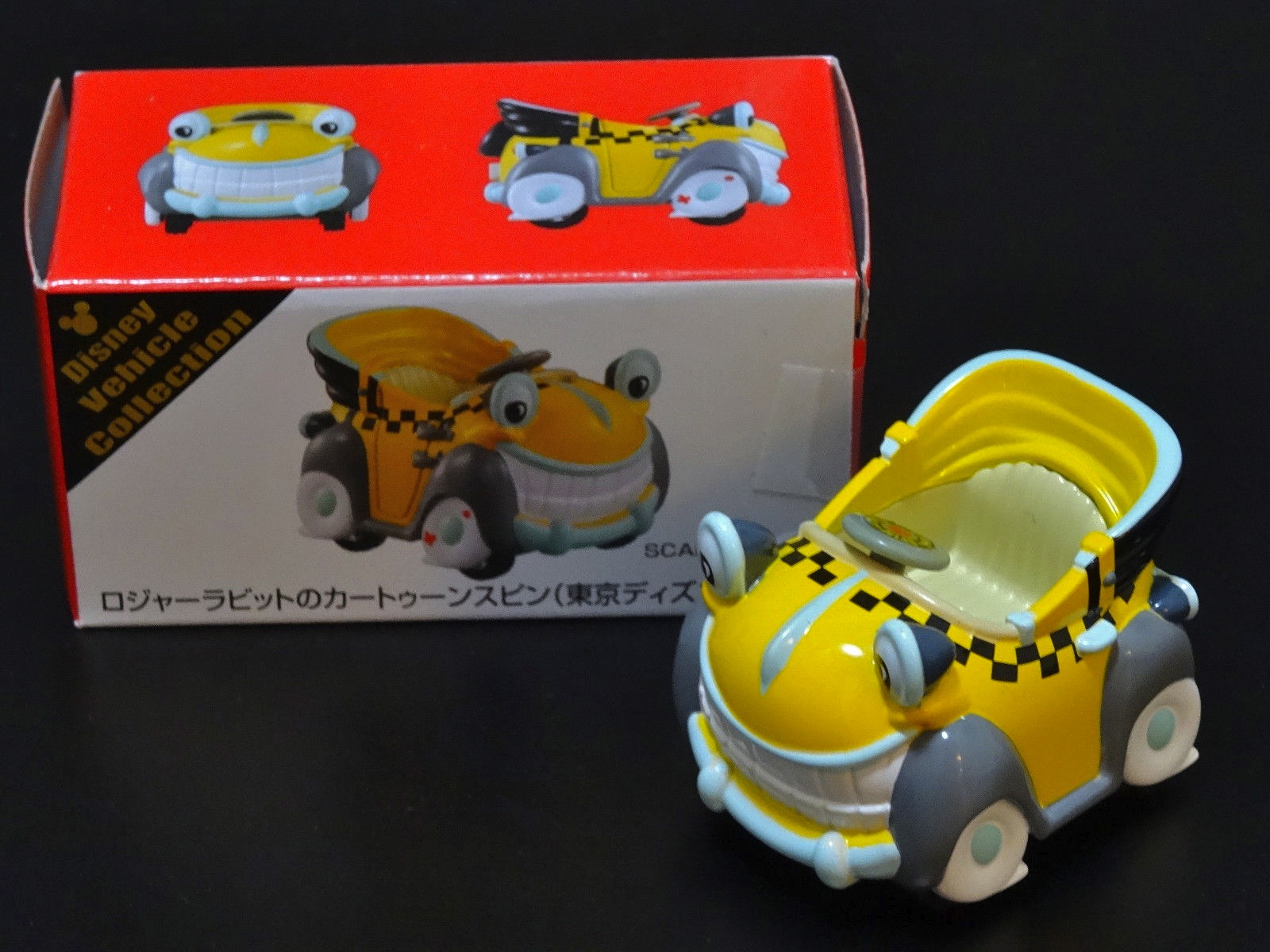