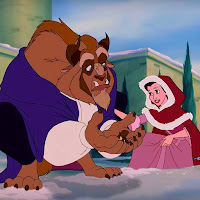 Disney's 17 inch doll collection has been growing ever since releasing the first Princess, Snow White, in 2009. The collection is about to have a few new additions, and this time it will be a re-release of a Princess who already had a doll some years back. Beauty and the Beast will celebrate its 25th Anniversary this year, and with the live action version of the film being released in 2017, there's about to be a lot more merchandise on the way over the next year. Strong rumor suggests that not only will Belle receive a new 17 inch Heirloom Collection doll, but Beast and Gaston will be added as well.

As of 2016 almost every Disney Princess has their own 17 inch doll in the official Heirloom Collection, with the exception of Pocahontas and Mulan. They are the only two Princesses who have not been made, and it has not gone unnoticed. As of now, all of the major Disney Animated Classics have been released on DVD and either a doll was released alongside it or skipped over. However, the 17 inch Heirloom Collection, which many thought may have reached the end of the line, will be reinvigorated by releasing a Princess who already had a doll in 2010. The strong rumor is that Belle will have a second 17 inch doll released in October (with pre-orders beginning in July). The doll release will coincide with a Signature Collection DVD, The Art of Belle Collection, and more.

Joining Belle is The Beast and, the villain of the movie, Gaston. These will be the separate dolls sold individually but these two will not be available for pre-orders. The last addition to all of this will be the Beauty and the Beast Platinum Collection Set. Since there is also the second Fairytale Designer Collection Heroes and Villains set this fall, it leaves everyone to speculate on what the characters will look like and what they will be wearing. The Fairytale Designer Collection last year based the doll sets off of an important scene between the hero and the villain. This is why we see Snow White with the Witch instead of The Evil Queen. So Belle should be in her blue dress in her Designer Collection set with Gaston. When they are on screen together she's wearing blue, but it's possible they could be wearing the capes from the end of the movie, with Gaston holding either the bow and arrow, the spike or possibly a dagger. Another possible outfit for Gaston is from the scene when he proposes to Belle.

The Belle doll released in 2010 was wearing a version of her ballroom gown, and it's doubtful they would remake it - except for the Platinum Collection set. This set will be at the $750 price point like the others, with a very low edition size. The dress may be made different with better materials and embellishments. It appeared this set had more of a wedding theme until this years live action Alice Through The Looking Glass set, so it may not be a wedding theme. I also think it's more likely that this set will have The Prince in human form. For the single dolls many people would like to see Belle in the pink winter dress. This would make sense as the stand-alone Beast doll could have him in his matching winter shirt and cape. His body can either have real fur, be sculpted, or more likely a combination of the two. 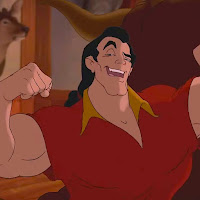 For Gaston people are hoping for a new body mold. A classic 12 inch doll was available, but his head is on the usual male doll body, making him look too thin and out of proportion. Since we have seen some new body molds it might be possible we'll see one. He could also have his cape or be in the outfit he proposes to Belle in. Since Disney was able to make Aladdin in his "street rat" clothes, they should not have a problem making any other character in their plainer outfits. Gaston is an intriguing selection and is joining the growing list of villains, and male dolls, to the 17 inch Heirloom Collection. As of now the only other doll scheduled is the title character Moana from the upcoming movie. The Beauty and the Beast dolls released for the anniversary gives hope for a second round of Snow White and possibly Evil Queen. The Signature DVD was already released but it was not originally planned for that date. It was moved up to be released earlier, so no merchandise would have had time to appear. It leaves a lot of speculation as to what characters will be re-released, but they will probably coincide with an anniversary or the Signature Collection DVD release.