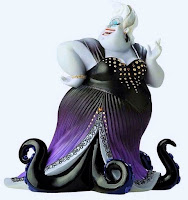 Some new additions of characters have been revealed in the Couture de Force Collection, a series of statues that began by mixing Disney Leading Ladies and high fashion details. The collection debuted in 2013 with some of Disney's most classic Princess and female villains recreated in stunning detail that had not been seen before. The latest assortment adds quite a few new surprises. 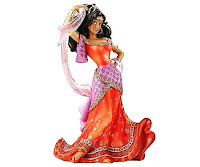 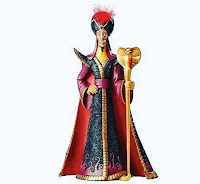 Various social media sites have picked up on the latest additions to the popular Couture de Force collection. The latest Disney characters are Festival of Fools Esmeralda (Hunchback of Notre Dame), Sorcerer Jafar and Prince Ali (Aladdin), Ursula (The Little Mermaid), Briar Rose (Sleeping Beauty), and Belle (Beauty and the Beast). Since its debut in 2013, the Couture de Force collection branched out into other different series. The 2015 Masquerade series featured characters holding masks and gave us more male characters, Captain Hook and The Beast. 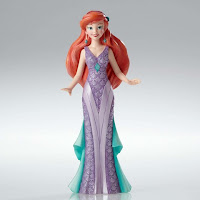 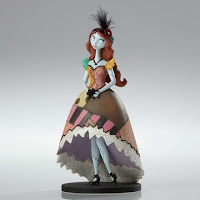 The Art Deco series showcases Disney Princesses in period specific dresses and jewelry. There are others that are set apart, like Jack and Sally in Halloween Ball attire. Jessica Rabbit was added in 2015 and is also set apart from the others, wearing a more business-like period specific dress.

There's no word on a release date but the new statues may be available some time in the fall.