The Imagination Gala Trading Pin Event was held on September 5th through September 7th in Epcot's World ShowPlace. There were two pins released during the event. The first was part of the Most Quotable Quotes Box Set and the other was a surprise release.

For the Box Set pin, Jessica is framed in gold with a purple curtain and a sculpted Figment head at the top. The background will be a pearlized black fill. Under the quarter shot of Jessica will be a film reel with her memorable quote, "I'm not bad. I'm just drawn that way." This is the first ever pin to feature the full quote. A button with this quote was released in 1988. Other pins have a modified version such as, "I'm just drawn to chocolate", and "I just cruise that way." The boxed set also included Ursula, Zurg, Grumpy, Roz, and Lilo and Stitch. The set sold for $109 and is a Limited Edition of 250. 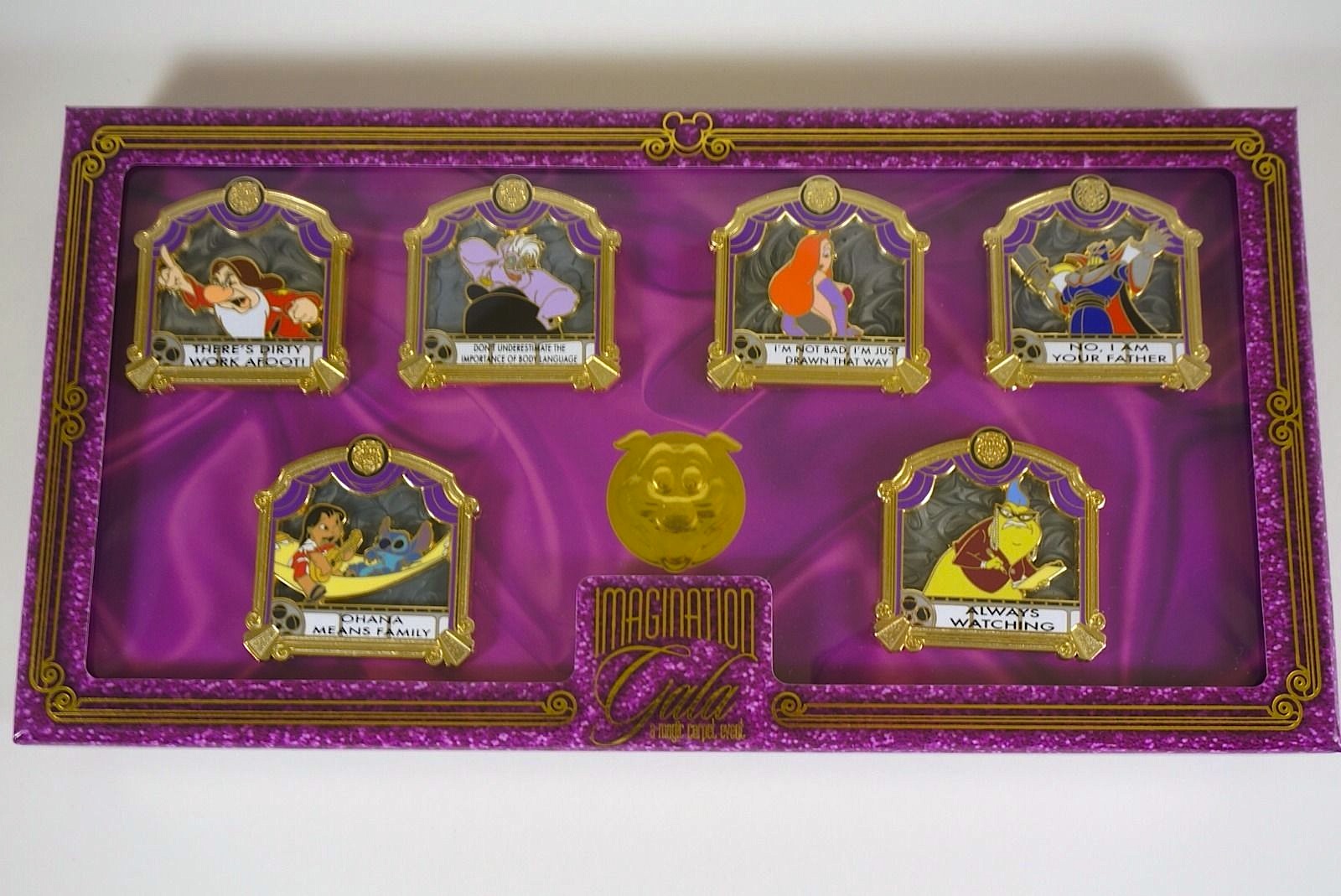 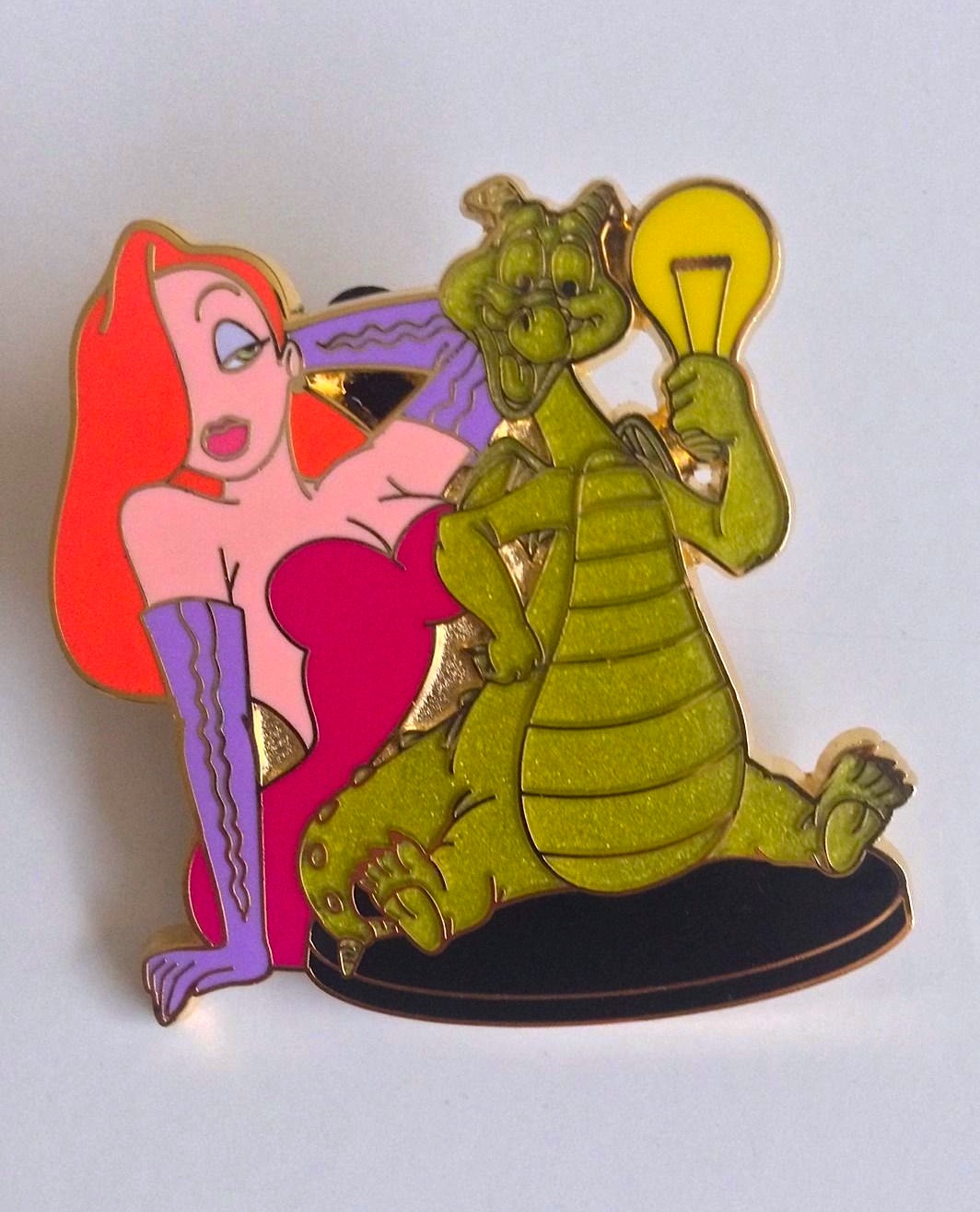 The other pin available at the event was a surprise release. Jessica is posed next to a gold Figment statue from the Imagination Gala event. The statue has a gold glitter fill. Jessica is sitting next to it in the pose from her Pleasure Island sign. The other characters released in the series are Jiminy Cricket, Goofy, Tinker Bell, Orange Bird and Stitch. They are a Limited Edition of 1000.