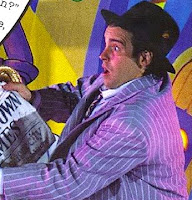 THIS JUST IN! ImNotBad.com reader, Daniel, went on a search for the elusive Jessica Rabbit from the Walt Disney World on Ice show back in 1990. I for one have never seen any photos of her and didn't even know she was in this show until recently, which was confirmed by Roger Rabbit creator, Gary Wolf. We now have a photo of the first ever live Jessica Rabbit costumed character - officially by Disney! 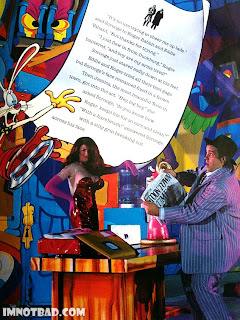 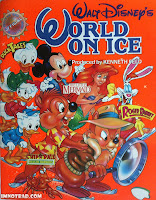 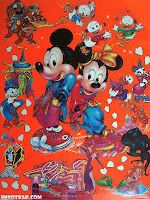 The story for the show begins with Gyro Gearloose building a time machine that goes haywire. All the beloved Disney characters are scattered throughout different time periods and places. Scrooge McDuck (trying to find his lost nephews Huey, Dewey & Louie) runs into Roger Rabbit in ancient Egypt - wrapped up as a mummy. Roger and Scrooge make it back to Toontown and find Eddie Valiant for help. When Eddie and Roger's wacky antics are no help in cheering up Scrooge, Jessica Rabbit joins in by telling jokes to cheer him up - which, of course, she does. Naturally, everything works out in the end and all characters are reunited. There was very little information about this and it was never marketed that Jessica was even a part of the show. So, there is no information right now as to if she skated or what her performance was like. 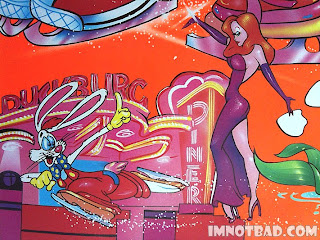 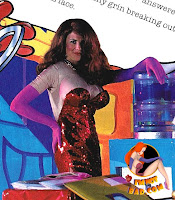 I really wondered how Disney was going to approach making the Jessica Rabbit character appear live- but as we can see, it is a woman dressed in a very accurate costume of Jessica. The most accurate I have ever seen! The photos come from the Walt Disney's World Disney on Ice Program Book from 1990. There is no specific actress credited for playing this part, and the Jessica character does not appear in any of the group shots either. I believe the Eddie character had been in a Disneyland Paris parade with Roger on a Benny the Cab float, but this also is one of the few times Disney used this character for a live event. Photos from this Disney program book were originally found through a Webshots profile belonging to JozyMouse, but I tracked down the program book and was able to buy one. Special thanks to Daniel for the find, and to JozyMouse for being such a big Disney fan and leading us to the first live version of Disney's Jessica Rabbit. 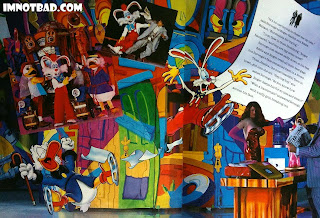 While this article is originally titled Disney's Only Official Jessica Rabbit FOUND, this actually marks her first appearance. She has since appeared again in Disneyland Paris: