Pin trading became a phenomenon some time around 2000. I am willing to guess it picked up steam with the release of the Disney Store Count Down to the Millennium pin series. One hundred and two pins were released with almost every possible character you could imagine - Mickey, Goofy, Aladdin, Bambi, Jack Skellington, Herbie, The Black Cauldron, Tron and even Roger & Jessica. No matter what character you liked, you could at least get one from the series. And completists were assured a nice collection and one with the possibility to complete. 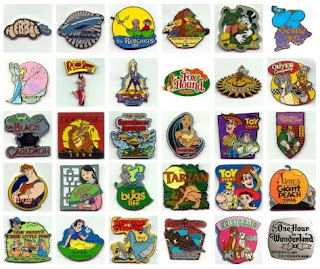 Who Framed Roger Rabbit was pin #30 in the Count Down to the Millennium series.

Between 1988 - 2003 there were a only small handful of Jessica pins released. After fifteen years of very little available in terms of Jessica pins (and any Jessica merchandise for that matter) things were about to seriously change. 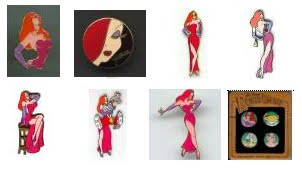 The few Jessica pins released in a span of fifteen years.

We are of course only counting enamel cloisonné pins (not buttons or other types of pins). The cloisonné pin trading/collecting market took off and somehow, someway, Jessica Rabbit was brought into that market - the Aloha, from Jessica pin being the first released starting her new-found fame. It is very strange and interesting that a character kept under wraps for so many years and not used in much merchandise for various rumored reasons was selected at all. One would think Roger Rabbit would be the one they chose, but that certainly was not the case. Not only were there several Jessica pins released each month in 2003, they showed Jessica in many different ways we had not seen before. 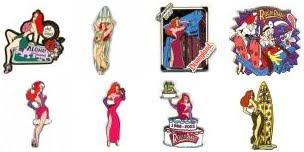 While some pins used traditional poses, others depicted Jessica as we had not seen, such as the Aloha from Jessica pin.

Disney took a lot of advantage of this new found fame in Jessica Rabbit. It was reported by pin collectors that her park released pins were selling out in half a day, and the pin craze had not slowed down one bit. Soon, Disney started its Disney Auctions site, run in part by eBay. The difference was, you now had the chance to bid on pins that were a Limited Edition of only 100 (as opposed to park pins that were not limited, or had a high edition sizes like 1500). Disney also started the Purchase It Now Store (P.I.N.S.) which offered different pins usually at Limited Editions of 500 and could be purchased rather than auctioned. For unknown reasons, Disney Auctions closed after only two or three years and toward the end, prices for Limited Edition 100 Jessica Pins were climbing high at auction - the highest being over $100 for a single pin.

Limited Edition 100 Jessica Rabbit pins are now among the most coveted in any collection - but poor customer service, damaged or missing pins and high negative feedback comments are rumored to play a part in Disney Auctions closing.

After the closing of Disney Auctions, there was no time to let your wallet rest. Disney's website took over, and as if they had not taken advantage before, this was certainly the time when Jessica pin production got out of control. There was one Jessica pin every week, sometimes more. It was total madness! To further take advantage, Disney began making Mystery Pin Sets, which were eight pins "randomly" selected in a set of four, so you never knew which pins you would get.

All the pins were not in equal amounts - usually with Jessica limited to only 50, and Mickey for example limited to 1000 - which lessened your chance of getting any character in a lower addition but usually tempted you to buy more than one set. Mystery Sets made way for a Mystery Artist Proof series, which were regular pin sets with 3 or even just one artist proof pin randomly packed to any customer. The downfall was Disney clamed due to the nature of the set being a "Mystery" series, the pins were not returnable or refundable. 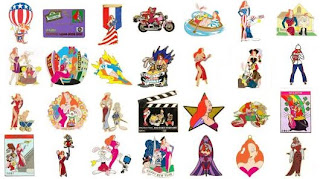 Around 100 different Jessica Rabbit pins were released on Disney's Website alone in 2007. 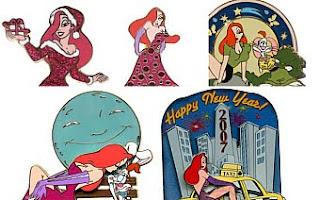 Suddenly, Roger Rabbit started to appear alongside Jessica more often, but it seemed that pins with her alone were selling faster. The highest Jessica Rabbit pin amount released in one month was twenty one - during October of 2006. For the first time, Jessica Rabbit was now starting to be associated with holidays such as Valentines Day, Easter, Christmas and Halloween (in which her Costume Series became highly anticipated each year).

It became fairly obvious by now that there was a sort of pin "pecking order." Among the top elite were Stitch, Tinker Bell, Maleficent and Jessica. Every week the character selection seemed to be limited by the constant use of the same few characters, and often using the same pose for both park and website pins, although altered slightly or in a different costume.

The customer service, pin selection, quality and uniqueness began to suffer by 2008 and into 2009. Also, the availability of pins some weeks became slim. Pins were released at midnight (that's 3am for people on the east coast) and Jessica Rabbit pins were beginning to sell out sometimes within thirty minutes  or less of their listing on Disney's website (and also happened to show up on auction sites the same night for over double the price!). It was suspected that customers (or Disney employees with prior knowledge of pins released) were buying as many pins as they could, which left many people empty handed after staying up all night. This became so common that in 2009 Disney finally listened to customers and began to limit a pin design per customer to only 3 or 1 on the day of release, even going so far as to require a phone order be placed for a short time. However, this rule only applied to LE 100 sets, AND Tink or Jessica pins - their most popular pin characters.

In 2006, eleven Halloween pins were released during October on Disney's Website.

A special Jessica Rabbit series of eight pins were released on the same day.

In 2007, ten pins and one Halloween lanyard were released during October on Disney's Website.

For the second year, a special Jessica Rabbit in Halloween Costume series of eight separate pins was released on the same day.

Jessica Rabbit as Maleficent was the fastest to sell out and is highly sought after today. 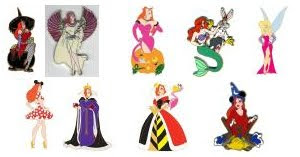 In 2008, nine Halloween pins were released during October. The Jessica Rabbit Halloween Costume series was reduced to four.

Tinker Bell even appeared as Jessica Rabbit in costume, the first Disney character to do so.

Jessica Rabbit as The Queen of Hearts became the fan favorite.

In 2009, only five Halloween pins were released during October.

The Jessica Rabbit Halloween Costume series was reduced to three and all of them sold out the same day.

This was the first series that required a phone order.

By 2010, the number of Jessica pins released drastically decreased. She has been left out of the past few series' such as the Snow Globe series, Bath Time series (hmmm), Beach series, Attitudes series and State Monument series. Of note however is the lack of creativity put into each series as of late - all of the character images becoming pretty standard and series selections becoming less imaginative (the T-Shirt, Boot and Coffee Cup series had many scratching their heads.) 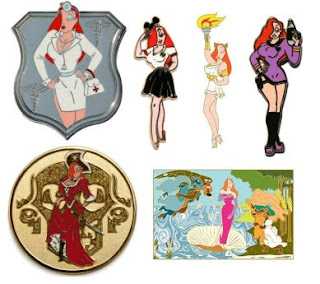 Some pins were fast sell outs, either on the same day or within minutes of their release, such as Doctor Jessica Rabbit. 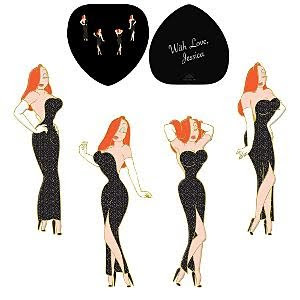 This highly anticipated 2007 Valentine Jessica Rabbit set looked promising.
In spite of being a Mystery Set with some pins being available in sterling silver, this high Edition set of 1000 was not very popular. 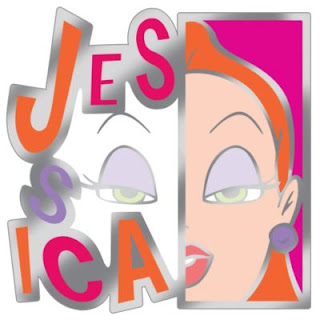 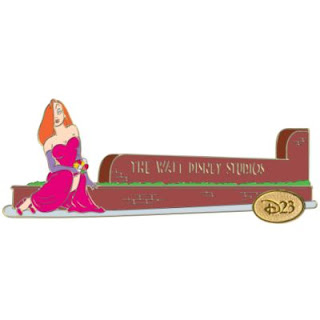 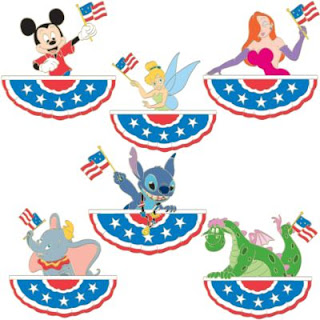 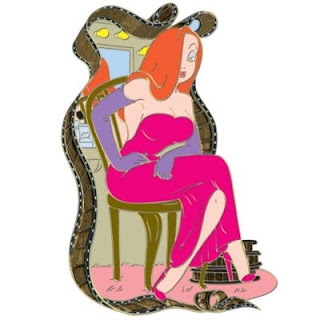 By now it is almost impossible to collect every Jessica pin, some people are close though. There are over 600 Jessica pins released as of 2012.