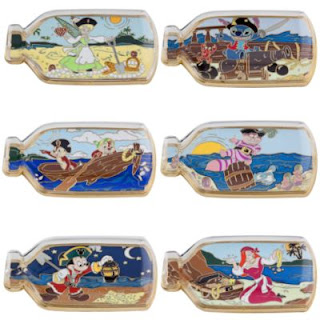 This set is sure to sell out fast. Disney Characters as Pirates (in a set) always seem to sell out the same morning of release. This set shows Tink, Stitch, Chip and Dale, Cheshire Cat, Mickey Mouse, and Jessica Rabbit dressed as pirates. The bottle will be dimensional plastic, and I am pretty sure this is a first for that other than using that type of dome in the Disney Piece Of History park pins line - which has not featured Jessica so far.

*UPDATE* - as of four days after its release, the Pirate Bottle set was still available. Guess you never know which set is going to be an instant sell out

The only big catch for Disney on-line pins - you don't know when the set will be released. New pins come out every Monday at midnight (3 a.m. eastern time !) and if you are not lucky enough to stay awake each week, often the sets will sell out fast, some in under TEN minutes, like the LE 100 Screen Legends Jessica Rabbit set, which many people were not able to get - including me. This has been one of the main problems and complaints about the site, causing a lot of speculation such as; how many people working for Disney get knowledge of pin releases, how are the pins selling out so fast, AND, why are people allowed to list the pins for sale on eBay the same morning of release - sometimes over triple the price! 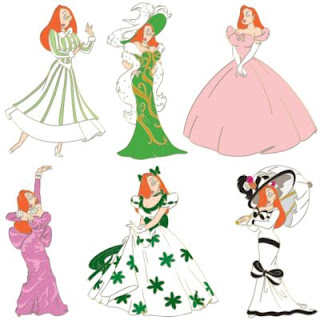 Even with DisneyStore.com limiting the number of LE 100 sets a customer can buy to only 3, 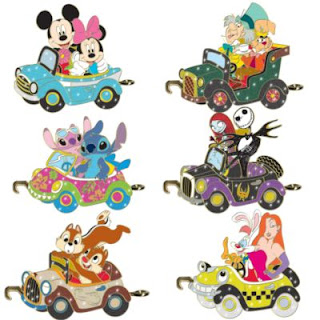 There is also a Disney Train Set to be released featuring Jessica Rabbit with Roger AND Benny The Cab.

But perhaps on everyones want list is the Steampunk Jessica Rabbit pin. I'm not sure what started the whole "steampunk" thing, but we at least get a cool new look for Jessica. 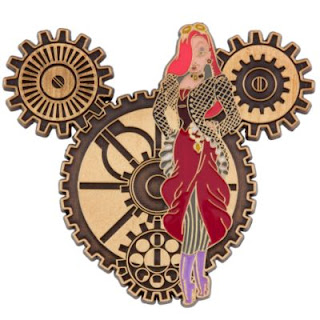