The Making Of Who Framed Roger Rabbit

Here are some stills from two different specials - Roger Rabbit and The Secrets of Toon Town and The Making of Who Framed Roger Rabbit.

Roger Rabbit and The Secrets of Toon Town was hosted by Joanna Cassidy, who played Dolores in the movie 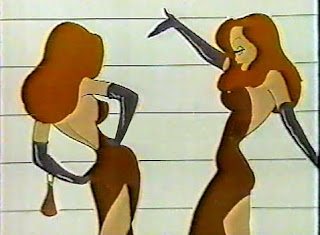 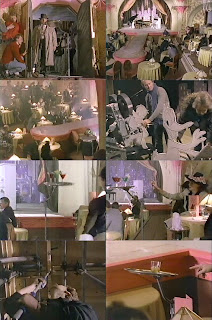 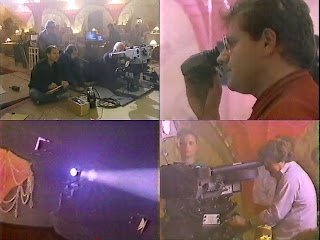 Here is how the scene looks without Jessica 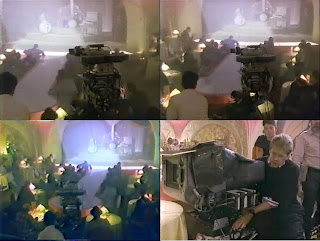 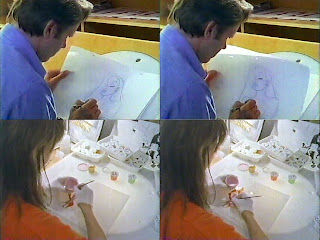 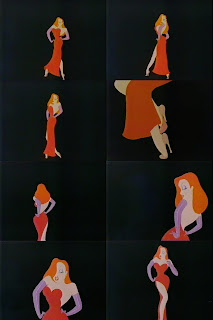 When the animation is complete, here is how it would look without the background and shadows or highlights 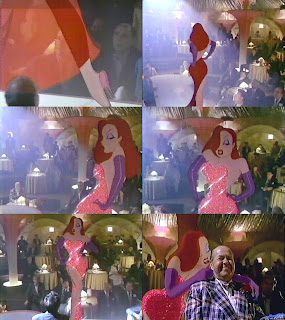 After the animation is matched up with the background live action, shadows, highlights and sparkles are added 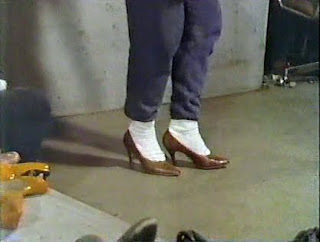 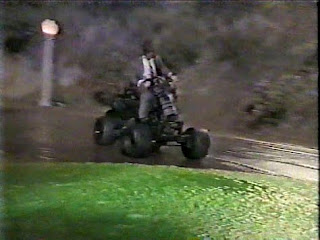 Roger Rabbit and The Secrets of Toon Town included the only interview with Kathleen Turner (who supplied Jessica's speaking voice).

For Jessica Rabbit, the filmmakers needed a voice that would match their vision of her, that of a sexy screen goddess of the 40s. Who better than Kathleen Turner.

Kathleen Turner:
I think that Jessica and Roger Rabbit work so well because they are such opposites.

To me what's funny is the contrast of the reality of her, and the wimpishness of this rabbit. It's like, how are these two attracted to each other?

They gave me a kind of a sketch, an idea that [Jessica] would be red haired, a Veronica Lake kind of style and very-very-very slinky. They just said they wanted the most sultry voice I could come up with.

I guess I'm sort of attracted to vamps, and this is a very safe vamp. I mean, it's only the voice, you know, so I can't really be blamed for this one.

An idea of a fantasy world just around the corner through a tunnel; I love it. I would love to think that outside of L.A. past all the freeways there really is this happy place.