In Memory Of Richard Williams 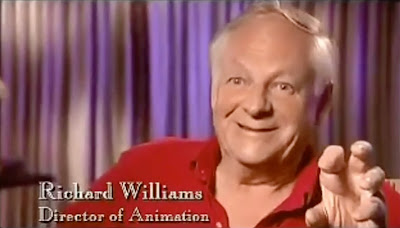 I am deeply saddened to learn about the passing of animation legend Richard Williams. His understanding of movement and illusion is what made Who Framed Roger Rabbit possible. His works remain as some of the best examples of brilliant animation.

The Disney Renaissance was that period of animated feature films beginning with The Little Mermaid, Beauty and the Beast and Aladdin. It was a revitalized interest in cartoons and storytelling, which lead to renewed interest in Disney Parks with the opening of then Disney-MGM Studios. However, the movie that sparked the entire movement and rarely gets credit is Who Framed Roger Rabbit. This combination of live action and cartoon characters doesn't put it in the fully animated feature category, although it boasts almost as much cartoon-time. 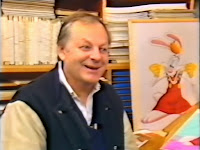 Who Framed Roger Rabbit proved to the company that there could be another go at the memorable animated fairytales that Walt Disney himself began with Snow White. The complex and fluid movement for the characters fell at the hands of Animation Director Richard Williams. He was carefully selected by Roger Rabbit director, Robert Zemeckis, for his beautiful work. Zemeckis has called Williams a "genius" in regards to his talent.


His passing is a great loss to the animation world.