"Once Upon A Time" First Action Figure Revealed 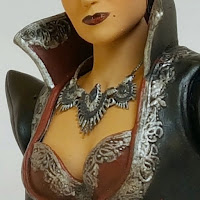 Disney has a hit with its Once Upon A Time series, which recently concluded a fifth season on ABC and has been renewed for a sixth. There has not been much in the way of merchandise for this show. Thanks to Icon Heroes we now have the first ever action figure for the show, packed with accessories and lots of detail. 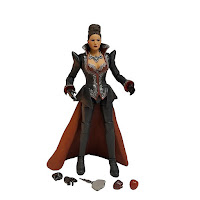 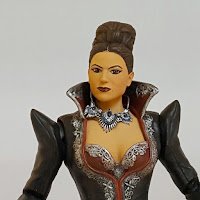 (Photos via Icon Heroes)
Once Upon A Time has remained an ABC favorite that has scored well with fans, re-imagining some of Disney's most iconic versions of fairytale characters while including others from various memorable stories. There has been little merchandise of these great characters over the years. Most notably Funko made a series of POP! Vinyl figures and Disney made a two-doll set as a D23 Exclusive including Snow White and Regina, the Evil Queen. These were all met with great enthusiasm and people want a lot more offered. 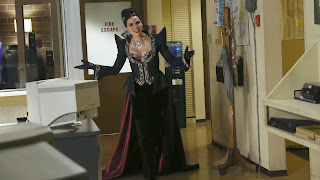 (Photo via Disney)
In steps Icon Heroes to deliver the first action figure from this popular series, Regina. She is featured in one of her memorable Evil Queen outfits directly from the show. It is very detailed with red and silver embellishments on her coat with high collar and skirt, bustier and necklace. She comes accompanied with various accessories too (an extra pair of hands, a silver magic mirror, a heart and a shiny red apple). There also seems to be a fair amount of articulation, allowing various poses. 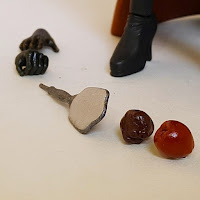 "From the hit ABC television series Once Upon A Time comes the Regina action figure in her Evil Queen outfit! Measuring approximately 6 inches tall and fully articulated, Regina comes with additional hands, mirror, heart, and apple!"

There are so many possibilities for more characters and variations (which was slightly hinted at since people have been asking already). The likeness on Regina is well executed and they captured the details of her outfit exactly. There is a statue of Hook on the way, and they currently have two letter openers that are replicas of The Dark One's dagger.

The Once Upon A Time Regina Action Figure will be six inches tall, selling for $24.99 and will be available December 2016.