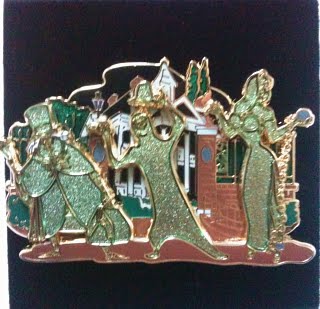 For this Flashback Friday we have some pins not released for Halloween, but it certainly deserving of mention in the 13 Creepy, Kooky, Spooky Jessica Rabbit Halloween Pins countdown. This first one is a Walt Disney Imagineer Exclusive limited edition pin featuring the Haunted Mansion Hitchhiking Ghosts. However, the third Hitchhiking Ghost, Gus, has been replaced by a different character - GHOST JESSICA RABBIT! What a glamour ghoul. 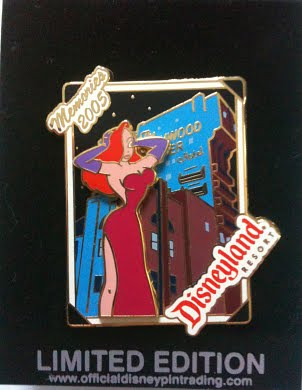 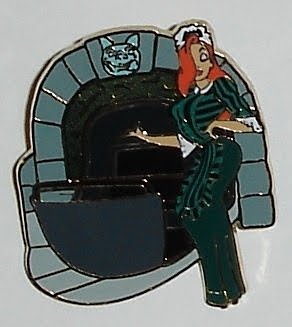 This pin was a Walt Disney Imagineer Exclusive. Jessica Rabbit is dressed as a maid from The Haunted Mansion in a dark green dress with apron and white hat, and is in the Haunted Mansion catacombs next to the ride vehicle, the doombuggy. Hurry Back!