Could A New Jessica Doll Be Coming 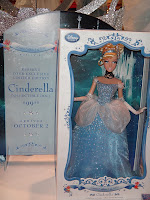 During the past few years, Disney started to release a very special limited edition collector doll in conjunction with a DVD release. The Snow White doll was the first to be released, along with the DVD coming out on the same date in 2009. The doll was available for pre-order and sold for $99. It was a Limited Edition of 5000, and from what I understand, it has become a fairly sought after doll today. Other Princesses soon followed - up to Rapunzel, she too was released - but there was a surprise doll released as well of Mother Gothel, at an edition size of only 1500 in 2011. Also that year, two surprise dolls (Alice, and Queen of Hearts) were released during the hype of the Disney Designer Princess dollMAGEDDON, and both of them were a Limited Edition of only 500 each. That is an extremely low number to the doll collecting community. (Photo Via DRJ1828) 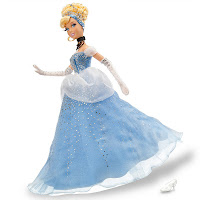 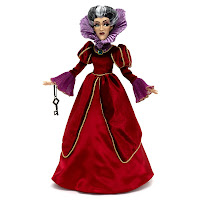 Jumping to 2012, Cinderella is being re-released on DVD, this time for Blu Ray, and a doll is also on the way October 2nd. A surprise release which was just found out will be Cinderella's wicked stepmother, Lady Tremaine, making only her second appearance now in doll form. With this trend, could we possibly see a Jessica Rabbit doll released in 2013 along with the Who Framed Roger Rabbit 25th Anniversary Blu Ray DVD? There really is no telling if this is a possibility at this point. To not celebrate the special anniversary with some new merchandise would be a shame, but the past anniversaries had not offered much, other than pins. With Disney's new interest in releasing very limited edition dolls at the same time as a DVD, it seems only fitting to have a new and improved Jessica Rabbit doll. Stay Tooned!!