In 2008, Who Framed Roger Rabbit celebrated it's 20th Anniversary - and surprisingly Disney payed a little bit of attention to our favorite characters, although the focus was mainly on Jessica. 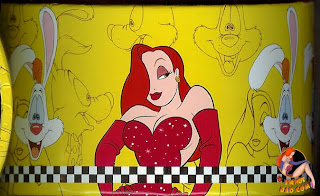 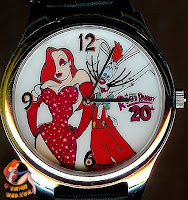 2008 saw a bunch of Roger Rabbit Anniversary pins, all of which included Jessica Rabbit, and not one of them featured Roger, the main character, alone (one pin did feature Jessica alone laying across the title of the movie). Other than pins, the only other item released was a Who Framed Roger Rabbit 20th Anniversary watch. There had been a 15th Anniversary watch/statue set released a few years prior, and there were a few Roger and Jessica watches released when the movie had come out in 1988. I believe there was a framed watch along with a full photo from the watch face but I don't remember which anniversary that was for. 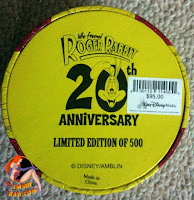 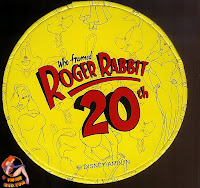 The watch came in a colorful, round yellow box with the logo on the top, along with several line images of Roger and Jessica. The bottom also had a logo and you will notice that these were a Limited Edition of 500. There is also line art around the side, as well as a checkerboard pattern and color images of Roger's head and Jessica! 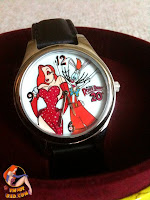 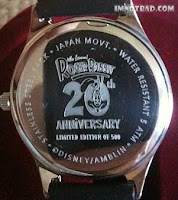 The watch is inside, which is lined with a maroon felt. The face of the watch is Roger with his arm around Jessica, and Who Framed Roger Rabbit 20th next to them. I notice that it just says 20th, and not "Anniversary", as does the box top. Odd that they would leave the word out. The back does say Anniversary, and its the logo using Roger's head and of course the movie logo and Edition size.

A few things about the watch that are a little off;


These were only available as a Disney Park Exclusive and I actually do not see this very much of them anymore. It is on eBay sometimes and does not go for less than what it was originally worth. I'm not sure how well these sold, but was told the Disney Castmember said it was the last one in stock when it was bought. All in all it was nice to see something other than pins released for the 20th Anniversary of Who Framed Roger Rabbit and I think this will be a very sought after watch in the future. 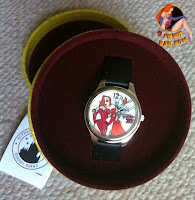 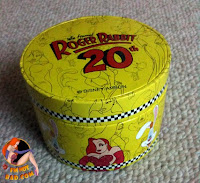 The Who Framed Roger Rabbit 20th Anniversary Watch gets a 4. It's nice that it was something other than a pin for a change, although for the price, the colors could have been correct or the box to be used as more of a display piece. The 15th Anniversary watch/statue was more impressive, but the edition size for the 20th Anniversary was only 500 - making it harder to come by. It also didn't end up on sale at a reduced price.