With so much talk and rumor going around of possible changes coming to the Roger Rabbit attraction in Disneyland, there weren't many updates on new ideas coming to Toontown, until now. The Disney Parks Blog officially revealed plans to make upgrades to the entire land, which will be home to the new Mickey and Minnie's Runaway Railway attraction. Let's take a closer look at what this reimagining has to offer...
Mickey's Toontown has been one of the only areas left to not receive any upgrades or updates since it first opened in 1993. While there have been some small changes, this will be the first major reimagining to the area. From the concept art below, we can see there will a lot be more greenery added. One of the new locations will be CenTOONial Park which will feature two interactive play experiences and also showcase the central icon of the park:
"At the center of CenTOONial Park will be a fountain, designed for play, which will also become a center icon for Mickey’s Toontown. As its base, water tables will invite guests to play with the water and have a sensory experience. At night, the fountain will be brought to life in a unique spectacle." 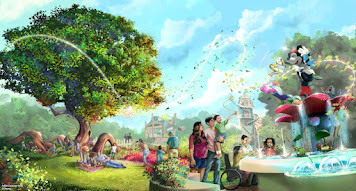 A new tree will be added, inspired by the same one from Walt Disney's hometown that he would sit under to daydream. The tree itself will feature a play area in its roots. From the description, it appears Toontown will be transformed into a much more vibrant and interactive atmosphere. In addition to all that, there will be the new Mickey and Minnie's Runaway Railway attraction similar to the one in Disney's Hollywood Studios.
This all-new experience will require Toontown to temporarily close on March 2022, with the grand re-opening set for early 2023. There is no further word on what changes will be made to the Roger Rabbit's Car Toon Spin area, however there was a bit of information in the blog which suggests the new focus for the land:
"Building on the legacy of Mickey’s Toontown, Imagineers are working to create some all-new experiences so families and young children can have more opportunities to play together inside Disneyland park."
With the land now being a focus for children and families, the Roger Rabbit ride is sure to face the rumored changes to better fit the theme. There might possibly be more announcements by D23 next year. 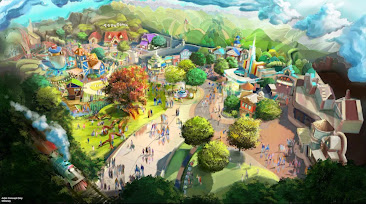