By the time Who Framed Roger Rabbit made its debut in 1988 CD's had started to make their appearance in music stores. Vinyl records were on their last days and would quickly become a thing of the past. Music lovers have argued that the rich details of sound are lost when music is transferred to CD and digital formats. Roger Rabbit was fortunate enough to have a vinyl pressing, and for the first time in 30 years it is getting a glorious rerelease. 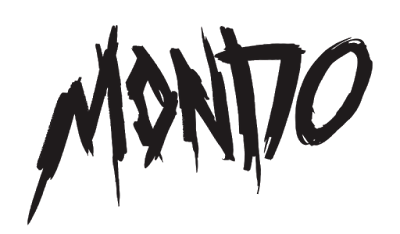 MONDO ANNOUNCES FIRST WAVE OF
SAN DIEGO COMIC CON EXCLUSIVES
Mondo returns to San Diego Comic Con (July 17 - 21) and is excited to announce the first of their SDCC exclusives - WHO FRAMED ROGER RABBIT Soundtrack (available on vinyl for the first time in 30 years!) on "The Dip" colored vinyl, WHO FRAMED ROGER RABBIT Collectible Pins. These SDCC-exclusives will be available at the Mondo booth (#435) beginning Wednesday, 7/17 (SDCC Preview Night) while the pins and Webstore editions of the soundtracks and will go on sale at mondotees.com at a later date along with any remaining copies of the SDCC exclusive editions. 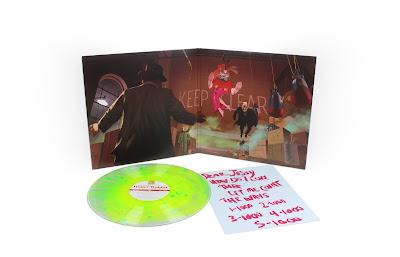 Mondo, in partnership with Walt Disney Records, is proud to present Alan Silvestri’s soundtrack to the film Who Framed Roger Rabbit, available on vinyl for the first time in 30 years.

To this day Roger Rabbit is still considered a landmark achievement in filmmaking, seamlessly combining 2D animation and live action, with a clever take on the interior lives of the world’s most beloved cartoon characters.

Following their previous successful collaboration with Robert Zemeckis on Back to the Future, Alan Silvestri’s score is one of his most ambitious, an inspired genre blend, bouncing from pot-boiling noir, to the madcap zaniness of a cartoon serial, to the songs and standards of the 1940’s. 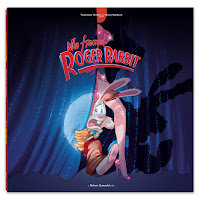 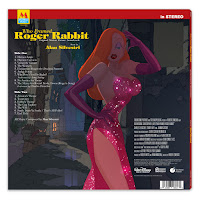 The gatefold jacket features incredible new artwork, and included is a faithful replica of Roger's love letter to Jessica. There will be two different versions available - a dip colored Limited Edition and the pink webstore edition.

Music by Alan Silvestri
Artwork by Stan and Vince 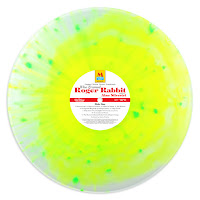 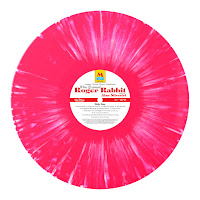 Not only will there be the soundtrack rerelease on vinyl, there will be two new collectible pins available of Roger and Jessica. As Mondo has grown from making variations of classic movie posters, they now offer a wide selection of merchandise. Their pins feature many Disney characters like Duck Tales, Chip 'n Dale Rescue Rangers, Aladdin, and many more! 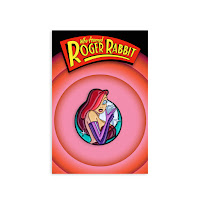 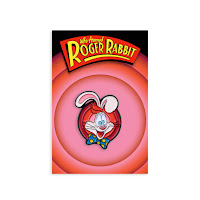