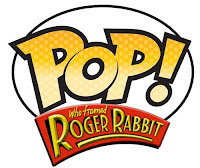 Back in late 2012 when Funko was announcing their Series 5 of Disney Pop! Vinyl figures, people were rooting for Roger and Jessica Rabbit to be added in the line. Unfortunately that didn't happen. However, during Toy Fair 2013, Vinylmation Kingdom conducted an interview with the President of the Funko company himself, Brian Mariotti, where he said he had been trying to get the rights to produce figures of Roger, Jessica and Benny for a while.

Vinylmation Kingdom brings us some more good news when they picked up on a HUGE announcement from the Funko Prez. The statement: 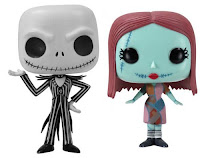 “THINK small groups from here on out with Disney.. so we can release more throughout the year..

For example: 4 new Pop! from Roger Rabbit are coming up next after series 5. Then we have a bunch of smaller groupings that all Disney fans will really love!”

So it is CONFIRMED, Roger and three other toons will be added to the assortment of characters, and released in a new way than the company has done previously. This still leaves a few questions, such as, which other characters will be produced and will we see them in any other series. Funko not only produces their main line of Pop! Vinyl figures, but has created some of the same characters from that series as plush dolls, bookmarks and bobbleheads. So, it will be interesting to see if the characters do make it to other lines. They also release the character figure in other paint options such as metallics, glow in the dark or different colors. Funko recently started a series of Disney Mystery Minis. These egg-head shaped characters come in three different variations in a sealed box, so you don't know which character, or version, you are going to get. This is the kind of line that would be perfect for Roger Rabbit characters as well.

We are pretty much guaranteed Roger will be one of the four square-headded Pop! Vinyl figures to be released. The President of Funko previously mentioned wanting Benny the Cab in the series, so it will be interesting to see if that can even work or if Benny is planned for a different line. Baby Herman is another name people are throwing around, and of course, Jessica! Hopefully we'll know more soon. Stay Tooned!