25 Years of The Disney Store

It's hard to believe that exactly 25 years ago today the very first Disney Store opened up in Glendale, California, with a bunch of very nervous Executives waiting to see if people would want to buy Disney merchandise outside the parks in a mall setting. The grand opening was a success and The Disney Store opened in twelve more locations soon after. What began as The Disney Company's idea of a piece of the magic outside the parks, soon changed theme (and ownership) over the years. 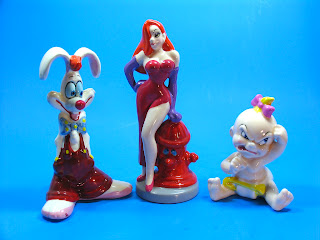 The Disney Store heyday came just around the time of Who Framed Roger Rabbit's release in theaters. Naturally, this meant there would be Roger merchandise throughout the stores. The retail locations back then mostly offered park merchandise, and had not yet established itself as its own entity. The Roger, Jessica, and Baby Herman porcelain statues (among the first ever Roger merchandise created) were found in Disney stores at the time, but also in the parks as well. 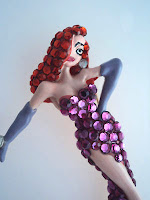 Jeweler Wendy Gell had her line of pavé crystal pins available at the stores. You had your choice of several Disney characters, but more notably was her Jessica Rabbit series. Any Roger or Jessica merchandise became slim to find as the years passed, however there were some things that were released by surprise throughout the years. A Roger Rabbit baseball-style shirt was released in the early 90's featuring most of the toon cast from the movie fully embroidered on the back - Bongo the Gorilla, Benny the Cab, Psycho, Jessica, Roger, Baby Herman, Smartguy, and Greasy. 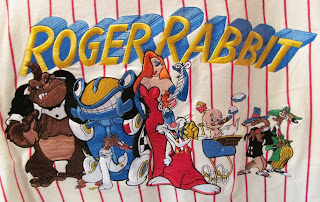 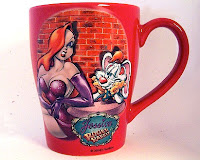 A snowglobe, beanie dolls, and signature series of mugs and shirts were released over time - but the Disney store itself was undergoing several changes. The stores, once only found in certain malls, started to show up everywhere. Even airports soon had their own version of a Disney Store. The Disney Company may have had their hands too full, and in 2004 the retail locations were sold to a company part of The Children's Place.

The look of the store changed dramatically for some locations. What was once fun for kids and collectors alike, became only for a target age group of 4 to 12. High end collectibles, such as Classics Collection statues, snowglobes, animation cels and the like, were no longer offered. Instead it was girls dolls, boys pyjamas, and kids clothes. This is where we begin the birth of The Princesses as a brand, and this is were it all started to go wrong. 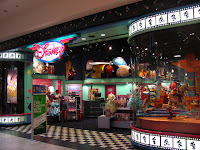 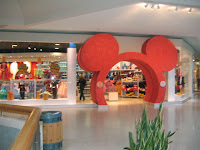 The Children's Place company wanted to breathe new life into the stores with a fresh look and target audience. They had a contract for 50 years to operate the Disney Store, however they pulled out after just four years. There were too many stores to remodel and the stores also only began to sell merchandise of the new, trending movie for the time. There was also the habit of releasing merchandise and then marking it down only a few weeks after its release, and creating its own competition by making Disney Outlet stores specifically selling marked-down merchandise. Adding to all that, the flagship stores in New York and California disassociated themselves by changing their name to World Of Disney.

When the Disney Store was sold back to the Disney Company, not all of them remained. 98 stores were closed in 2008, many of them being new - or longtime staples of their mall or location, leaving no Disney Store in certain cities. Ironically, it was the Disney Store that brought fourth the new generation of pin traders and collectors with the Countdown to the Millennium series. After that, however, they started to sell their pins online rather than in stores. 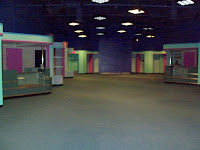 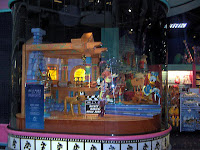 Currently, there are no Disney Stores in my area at all, the closest one being closed just a few months ago. I think it's sad to see how much the store suffered. It used to be that going into a Disney Store once felt like you were visiting the parks for a short while. The collector fan base was alienated, and it began to pander only to small children. The welcoming figures that decorated the store windows and perimeter (which launched the line of Big Figure Statues) is now a thing of the past. This isn't just something the Disney Store has suffered from - retail spaces as a whole have changed due to the ability of purchasing directly online. Still, it's nice to be able to go IN a store, to have good customer service, and interact with the real word. I guess I'm just getting old.