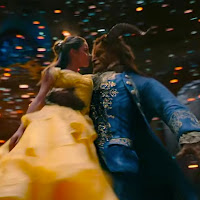 Disney's latest live action adaptation, Beauty and the Beast, is schedule to hit theaters on March 17th. Merchandise has been appearing in all stores and many clips have been released online. Rumors of 17 inch dolls have been circulating for some time but have yet to produce any photo proof mere weeks before the film is released. Not all Live Action films have had 17 inch dolls made, Maleficent being the most notable. Other movies such as Cinderella and Alice Through the Looking Glass have had a few. With Disney's 17 inch dolls showing no sign of slowing down, and Beauty and the Beast set to be a big release, a few dolls are almost all but confirmed. 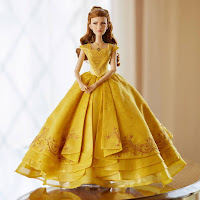 Some rumors from a few sources, one being Once Upon A Disney Doll Facebook Page, suggests that on March 17 when the Beauty and the Beast film opens there will also be a 17 inch Belle doll in her yellow dress and in the likeness of Emma Watson. It should sell for around $120 and be a Limited Edition of 5500. Another Platinum Collection set should be available this time with Belle in a different dress and the Beast possibly in human form. This will sell for $700 and be a Limited Edition of 500. UPDATE - The dolls have been confirmed and were revealed today on the Disney Store Facebook page. 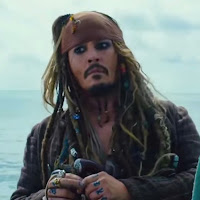 One curious rumor is the possible addition of Pirates of the Caribbean: Dead Men Tell No Tales to the 17 inch series. Naturally one would assume that Jack Sparrow would be the character to be made but so far there have not been any 17 inch dolls of this franchise in the Heirloom Collection. If true it could be released some time in May. The big fall release seems more likely to be Snow White to coincide with the 80th Anniversary of Disney's first Animated Classic. The possibilites would be a new version of Snow White, a Platinum Collection set, and finally an Evil Queen doll. The last doll rumor is speculation about the next Disney Designer collection. While it does seem like there will be another collection announced at D23, there doesn't appear to be any clues as to what the theme will be this year.