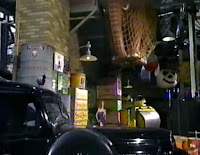 (UPDATE - VIDEO ADDED)
There are some very big changes coming to Disney's Hollywood Studios. This year work begins on three new "lands" within the park (which will consequently receive a third name change since the focus of it is so different). The Disney Renaissance began with Who Framed Roger Rabbit and its success ushered in new animated features like The Little Mermaid, Aladdin and Beauty and the Beast. Around this time, Disney's MGM Studios heavily focused on its hand drawn cartoons and served as a functioning movie studio. Roger and Jessica Rabbit even had their own area within the park. This is most likely going to vanish altogether after the new changes. Let's take a look at what's left there, and what it originally looked like years ago.

Disney-MGM Studios opened in May of 1989 and has its roots in old-school Hollywood and traditional animation. Originally, this was going to be smaller area inside Epoct, but designs for different rides and attractions seemed more fitting for a separate park. Roger Rabbit had a great presence in the original proposal. This is were the Roger Rabbit's Hollywood land was supposed to be built during a second phase in the mid 1990's. This unfortunately never happened, but what did remain for many years were several movie props and references.

In its first years open, the shops of Hollywood Boulevard sold Roger Rabbit merchandise such as shirts, candy, plush and mugs. Overlooking Echo Lake stood the Maroon Studios billboard with Baby Herman, Roger and Jessica. Across the way at the Hollywood and Vine Restaurant building you might have noticed windows on the second floor with Roger Rabbit's shape in the window shades and the Valiant and Valiant logo. The Animation Tour is where both Roller Coaster Rabbit and Trail Mix-Up were produced. It was common to see art of the characters around the tour as well as movie posters and one-of-a-kind art. The Acme Warehouse area was usually a good stop-off after the Backlot Tour through Catastrophe Canyon. Exiting the tram you were led by pink footprints on the ground to The Loony Bin, Foto-Toons and the Roger Rabbit props. Much more merchandise of Roger Rabbit was located here. A big attraction was photo opportunities you had with standees of The Weasels (Smart Guy, Psycho and Stupid) near the Toon Patrol van and with Jessica Rabbit standing near a Roger Rabbit shaped hole in the wall.

In its day, this small area was a very well inspired spot for Who Framed Roger Rabbit. It might have served as more of a preview for Roger Rabbit's Hollywood, but something derailed Roger entirely from the Disney track and slowly all these props began to disappear. Some time around 1997, the standees were removed and some props relocated. Many of the hanging props which were used in the actual film had stayed. Other things that remained were the Maroon Studios sign, the restaurant windows, The Toon Patrol Van, hanging props in the warehouse and the Benny the Cab vehicle. Interestingly enough a souvenir Pressed Penny machine located here in 2015 which had a Jessica Rabbit design you could select.

There isn't an exact location for "Star Wars Land" within the park yet, but this is sure to be revealed during The Wonderful World of Disney special on ABC Sunday, February 21st at 8pm. Two other lands for Cars and Toy Story will also be in the surrounding areas, changing a big portion of the park. The Roger Rabbit props seem to be in the way of many rumored spots, which means it is likely they will be gone for good. It will be sad to see the remains of the original park taken away. Disney-MGM Studios was my favorite for a long time, but it is clear that without the old style Hollywood movie studio appeal, the park has been in need of a re-theme. Roger and Jessica Rabbit never got their fair chance, and Roger Rabbit's Hollywood seemed like it could have been a great land in the park that could have been drawing in guests today. 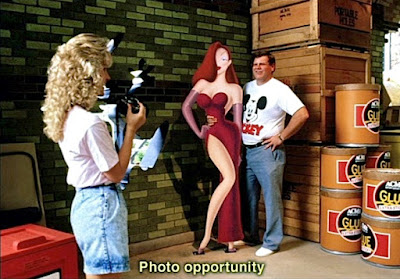