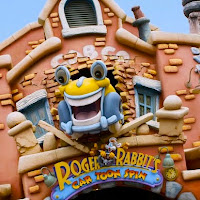 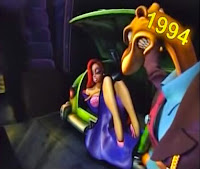 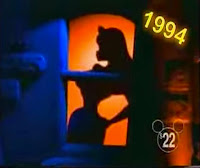 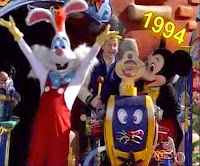 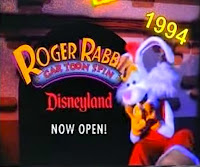 Everyone has their favorite ride in a Disney Park. Some rides aren't around forever and are now only a memory. Since 1994, Roger Rabbit's Car Toon Spin has been the steady anchor in Toontown as the one dark-light ride that kids and adults alike enjoy. Plans to create a ride based on Who Framed Roger Rabbit go back to when the movie was released. The original concept was to see the ride in Disney's MGM Studios by 1999 as part of Roger Rabbit's Hollywood. Sadly, those plans never happened, but Disneyland got the only version of this ride in the United States. Find out a lot more about the creation of this ride in this exclusive interview I conducted with it's designer - Marcelo Vignali. Below you can take a look at the original Car Toon Spin ride commercial, interior video of the ride, and the Grand Opening Ceremony in Toontown.