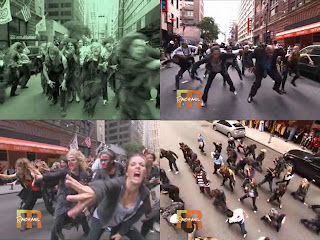 The Rachael Ray 3D Halloween Special started off with thrills and chills as New Yorkers became possessed and danced in the streets with zombies to the song Dead Man's Party by Oingo Boingo (the lead singer of that song happens to be none other than the singing voice for Jack Skellington, Danny Elfman.)

Rachel Ray and her husband John arrive dressed as Jessica and Roger Rabbit. 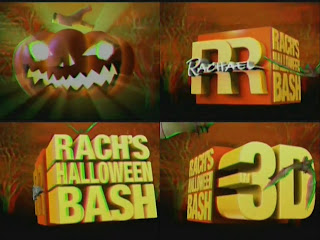 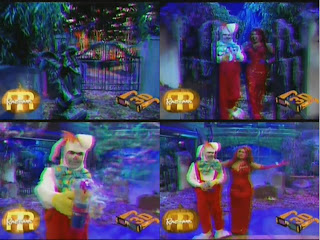 Jessica Rabbit and Roger arrive in the studio. Rachael had a little trouble walking in her heels and tripped over Roger's rabbit feet. 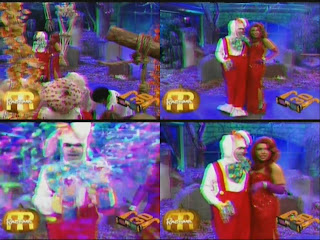 Rachael's studio was decked out for Halloween, and everyone in the audience was in costume. John blew bubbles at the camera, and Rachael even stated, "I'm not bad, I'm just drawn that way." 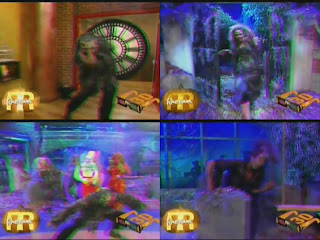 Zombies made their way into the studio to scare the audience. 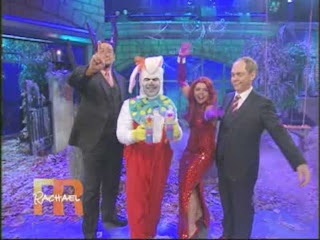 The first guest was Penn of Penn and Teller. Penn had John get in a box to make him disappear, but Teller ended up appearing in the box. 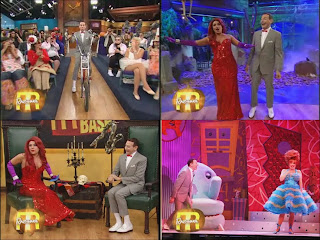 The second guest was Pee Wee Herman, who talked about his new Broadway show. 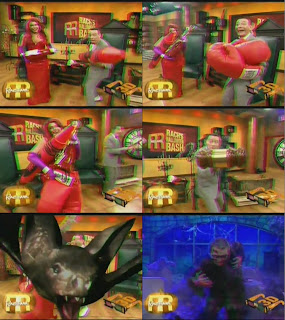 Rachael Rabbit and Pee Wee had some fun with the 3D using various props. 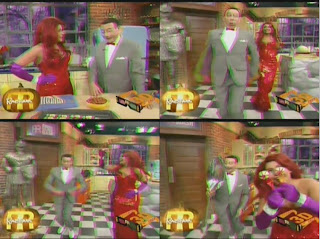 Pee Wee helped Rachel in the kitchen - until they both danced to the Tequila song. 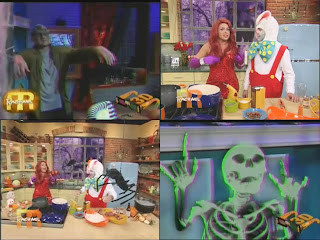 Penn and Teller finally made John reappear. John helped Rachael cook, until her crew tried to scare her by dropping fake spiders. 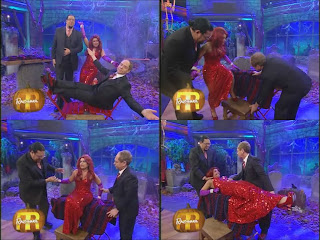 Rachael said she was a jealous Mrs. Rabbit since she didn't get to partake in a magic trick like her husband - until Penn made her lay back on a table, which made her nervous. 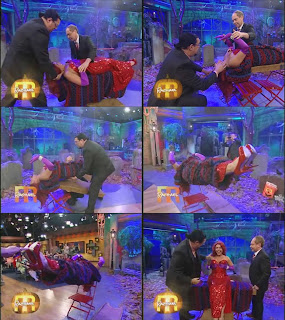 Rachael was more concerned of having a wardrobe malfunction in her Jessica Rabbit costume than with the magic trick. Penn and Teller made Rachael levitate balanced only by her neck on the end of a chair. 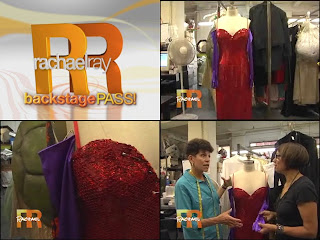 On Rachael Ray's Backstage Pass, her costume designers talked about Rachael deciding to be Jessica Rabbit for Halloween. 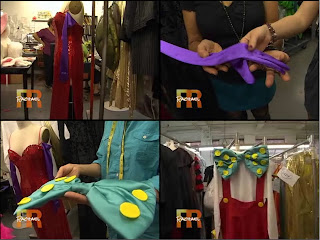 They showed the Jessica and Roger Rabbit costumes worn on the show in process of being created.