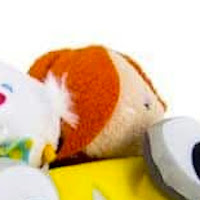 At long last the characters of Who Framed Roger Rabbit will be joining the popular Tsum Tsum plush line. It started in 2013 and has slowly been adding almost every character you can imagine. From Mickey and Minnie, to Star Wars, The Nightmare Before Christmas, and more! These small, smiplified versions of cherished characters can also easily be found at stores like Target, Walmart, Shop Disney, even in Disney Parks. They also have several variants available of certain characters, leaving lots of endless possibilities. 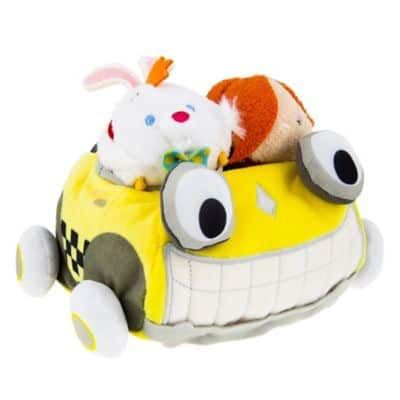 The characters have even been recreated in plastic form, such as mystery packs, lip balm, key chains and stackable toys. While the details are few for the Who Framed Roger Rabbit set, several sources are reporting that the set will consist of Roger Rabbit, Jessica Rabbit and Benny the Cab. Roger and Jessica will be able to fit inside Benny, for a zany car-toon spin! This will be only the second time Jessica Rabbit has been available as a plush doll. The set should be available through Shop Disney some time soon.