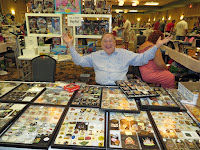 Anyone who has been a toy collector or Disney fan will know Tomart's Magazines very well. When bookstores were prevalent and the internet was still in its early days, you relied heavily on these publications for the latest news on figures, statues, events and where to buy antique toys. The owner of Tomart's Publications, Tom Tumbusch, passed away in July of 2016. He's regarded as a pioneer in Disney History research and for many years his magazines were used as the best sources of information on toys, collections and more. Let's take a small look at the man who brought together legions of Disney fans and collectors alike in a very big way. (Photo by Gary Cruise)

I was introduced to Tomart's Magazines in the late 90's when visiting a Borders bookstore for the first time. I had no idea magazines based solely on collecting action figures even existed. There were a few different publications at the time but Tomart's was a stand-out to me. It was in Tomart's Action Figure Digest that I learned we were going to finally get a "Jabba's dancing girl" Princess Leia figure. It was in these magazines I saw pictures of the never produced figures from The Dark Crystal. The depth of knowledge and professionalism brought with each issue could give all collectors great faith in what they were reading. The pricing and value of collections was taken seriously and there were characters or toy lines that even got their own spotlight issues. 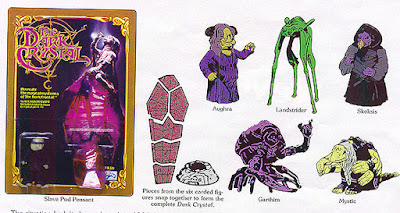 Like many of us, Tumbusch found inspiration in Walt Disney, the man himself, and his life was influenced a great deal. Jim Korkis wrote his own tribute and stories of Tumbusch at Mouseplanet and describes his early skills of collecting: "He grew a reputation as an expert on contemporary collectibles, appearing many times on radio and television shows, as well as being consulted about nostalgia subjects by prestigious magazines and newspapers. He was an occasional contributor to Disney Magazine on classic Disney memorabilia, since he was considered the acknowledged expert in that field."

Tumbusch was keen to the world of collecting (and the world of collecting Disney memorabilia) and followed by creating catalogs and price guides in the 1980's. With the changes to merchandise value and the resurgence of toy collecting, he started The Disneyana Update in 1994. "Tumbusch combined his Disney passion with his realization that there was a huge need that was not being met." writes Korkis.

The research, the photos, the information - all of Tomart's Magazines were handled with care and this was evident to me in every issue. While I was much more dedicated to the Action Figure Digest, you could imagine my surprise at the attention Jessica Rabbit received many times in Tumbusch's magazines (said to be a fan of Jessica as well). Who Framed Roger Rabbit was featured in an issue of Disneyana Update where early merchandise from the movie was listed and valued. When Jessica Rabbit's first solo Classics Collection statue was released it stunningly graced a cover. Then there was the issue of all issues, #66 Remembering the Jessica Shop. A good deal of research was conducted into merchandise specifically from the Jessica Rabbit store along with never-before-seen photos from inside. Jessica's pins were also heavily featured and listed in the special Disneyana Pin Collecting Guides, many of which were sold in Disney Parks.

His sad passing seems the end of an era. Bookstores are becoming a thing of the past. Photos and information are so easily gathered online today. There often isn't as much care or research at the level of Tomart's magazines. However, Tom Tumbusch doesn't just leave behind a legacy as the man who knew toys, he became a valuable historian through his love of these collectibles.

The vast collections of his estate will now need to find a home - hopefully in the hands of avid Disney collectors. You can see one such piece, a rare Jessica Rabbit bronze statue, handled by Hake's Americana and Collectibles.