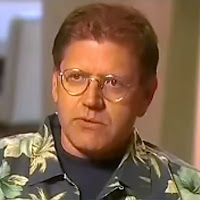 There is some very dismaying news coming out of The Telegraph in regards to the future of Roger Rabbit as a whole.

A few other websites (such as ComicBook.com) have picked up on quotes from the Who Framed Roger Rabbit director himself, Robert Zemeckis. He has revealed what he believes is the current feeling at Disney Corporate regarding Roger and Jessica Rabbit in addition to any other related projects:

“the current corporate Disney culture has no interest in Roger, and they certainly don’t like Jessica at all.” 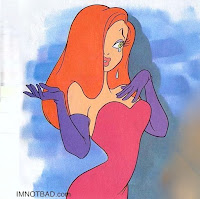 This is extraordinarily sad, and also very obvious as Jessica Rabbit's pins have vanished and there has been so little news or merchandise to report on as the years have passed. Zemeckis did share what the idea would have been for Roger Rabbit 2 - moving out of 1940's film noir into a more 50's style movie and acting as a continuation rather than a sequel.

He also commented that it would be very difficult to achieve but Eddie Valiant would have made an appearance in digital form. The role was played memorably by Bob Hoskins who passed away in 2014. The script has been sitting at Disney for some time now, penned by the original writers with Zemeckis saying he was interested in directing.

With Roger Rabbit producer Kathleen Kennedy now working with Disney, and Steven Spielberg even returning to do projects with them, I had hope there could be something in the future. Zemeckis noted that it is very hard to please movie lovers of a beloved film when it comes to a sequel. You cannot rehash the first film, but you cannot be too different either. In the last few years there have been many nostalgia nods in television shows and movies that Roger Rabbit remains in the untouched minority. I've often argued that if a Roger Rabbit sequel is too risky, why aren't there more short cartoons since that was point of the character. It seems none of that matters, as we are faced with the characters being dramatically cut from the Disney roster.

As things stand today it appears the older, adult Disney fans are given little to celebrate. The Walt Disney Classics Collection was discontinued, Disney Stores are focused at young children, collectors have very little to collect anymore, Disney pins have been scaled back drastically, the character selection is narrowing once again.

It's very hard to believe the current atmosphere at Disney is negative surrounding Roger Rabbit. The movie was a big success when it was released and is still celebrated today for its special effects, acting and animation. All these years later the characters are recognizable and marketable.

The fact that Zemeckis said in his own words Disney doesn't like Jessica Rabbit at all seems so extreme. In the mid 90's I was told by many park employees that I'd never see anything "Roger Rabbit" again. Since that time there's been lots of Roger merchandise and ten times more for Jessica, something I never thought I'd see! I never heard of disinterest or dislike in these characters before, and I've interviewed many Disney artists and was told otherwise. I'm not sure what to make of this quote but it looks very grim for Roger and Jessica.