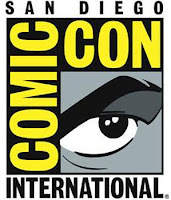 The 2011 San Diego Comic Con begins with their preview night, July 20 2011. The official event takes place from Thursday July 21st until Sunday July 24th. Keep checking here for any news and information on the Jessica Rabbit Premium Format Figure by Sideshow Collectibles, and when pre-orders may be expected to begin.

** UPDATE 7/22/11**
A friend of ImNotBad.com is attending Comic Con and tells us he was informed at the Sideshow booth that "so far" there is no exclusive version of the Jessica Rabbit Premium Format, and the Penguin waiter will come packed in with all Jessica statues. The pre-order was said to not be for six months, as this statue is all in its beginning stages, and the version we are seeing is still a prototype. 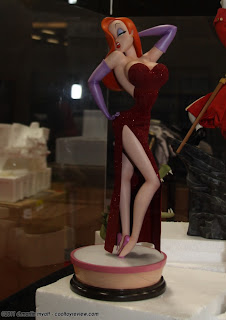 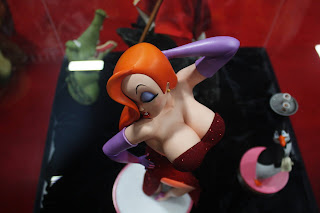 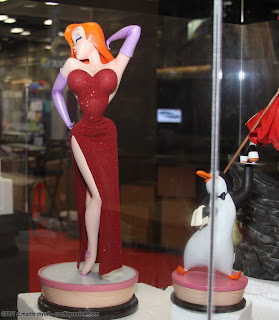 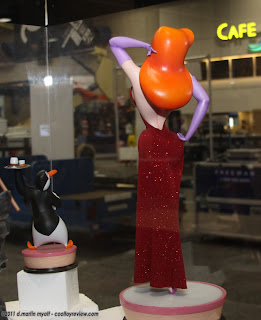 Head on over to Cool Toy Review for their ongoing, and early, coverage of Comic Con, as well as the reveal of the Jessica Rabbit Premium Format Figure. Also, check out the in depth discussion going on at the Sideshow Message Board about this amazing statue.

Along with the Jessica figure, she will come with a Penguin waiter from the Ink and Paint Club. It's not known yet if that is part of the Exclusive variant or if it will come with all the Jessica statues. Pre-orders for the statue are rumored to begin after Comic Con ends.

Also, Watch the G4 network for their ongoing coverage of Comic Con, Thursday and Friday at 7pm and a special Live 4-hour coverage show starting at 4 on Saturday.