Back in 2007, Disney releases Series Five of their Collector Pack Mini-figures. If you were like me, you didn't even know there was a series one through four. Series Five finally contained some Roger Rabbit figures - one being Jessica of course!

There are not many Jessica Rabbit collectibles that are only one inch tall - but over time, it might be one of the more valuable. Disney has created several mini-figures that came out in the 1960's called Disneykins. The characters used were ones from back around that time like Snow White and Peter Pan. They continued to make characters up until around the 70's with Robin Hood amongst the last. I'm not sure when the newer version of the Disneykins made there debut (around 2003 and now called Disney Collector Figures), but they have become pretty popular and are now up to Series Twelve. 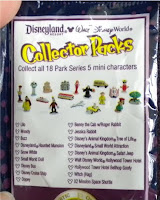 The figures come sold in packs of three, for around $5.99 each. This is a mystery set, so you don't know which three out of eighteen figures you will get. For Series Five, they included not only Jessica Rabbit, but also Roger and Benny the Cab. 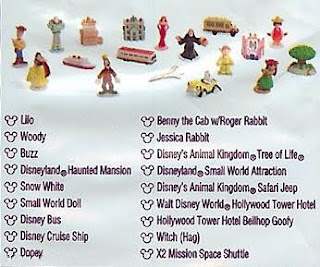 When a figure is so small, there is only so much you can do in terms of detail and paint application. However the Jessica Rabbit music box had a similar small figure inside and the detail seems better there than on this mini collector pack figure - although this figure is actually smaller than the music box. The paint lines are sloppy and Jessica form is a bit bigger at certain areas, like her waist and arms. There is no purple eyelid and her eye seems to be a standard printed-on one at best. 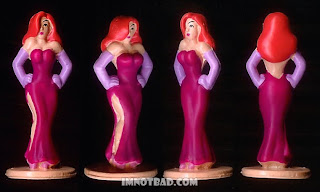 Over the years it seems the details have gotten better on these figures. The latest Star Wars figure is leaps and bounds better than the first one. So in time, if they keep making these figures, I assume we will see better paint application and figure detail. They seem to come out at random but can be found easily on eBay at any given time. 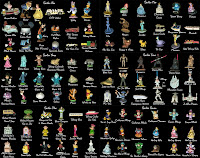 These figures are very tiny, so you may want to buy the collector pack storage book for $10.99 to store your figures if you plan on buying more than a few. I think with their small size they may easily get lost and become something more sought after over time. 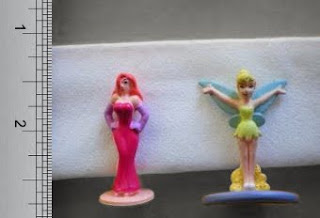 The Jessica Rabbit Disney Collector Pack Figure gets a 3½. There is not much to this other than a tiny collector figure, but it is inexpensive and does not take up a lot of room. The paint and details are not great, but I have to give points for this Jessica figure even coming out, as it's one of the very few Jessica figures to be released in a series along with other Disney characters.